The first time I saw this canyon was in 1998, while driving through the Grand Staircase. I saw it out of the corner of my eye as I zoomed across a narrow bridge, hit the brakes, backed up, then gawked in amazement. I got out of my car. Is that 400 feet deep? Why the hell is there a car lodged underneath this bridge? Should I even be parked on this bridge??

Back then the internet sucked, and my maps of Utah sucked too. I could not find a map that showed the name of that drainage. I actually made a special trip to the maps department of the University of Utah library to figure it out.

I looked and looked for beta on the canyon, but none existed (however, I did find the history of the truck under the bridge). So, I visited The Gorge again in 2001, determined to downclimb it. But I had no skills and no rope, so I was stopped by the 10 foot drop near the head of the canyon.

Years went by and the occasional photo of The Gorge surfaced on the internet. I visited The Gorge again in 2011, driving towards Page, but had no time to descend it. It continued to call to me.

Then, a couple of months ago, I read about an easy exit. *gasp!* Time to go back. Again.

The Gorge was even better than I had imagined, very scenic. Worth keeping on my to-do list for the past seventeen years. A fun journey, finally complete. 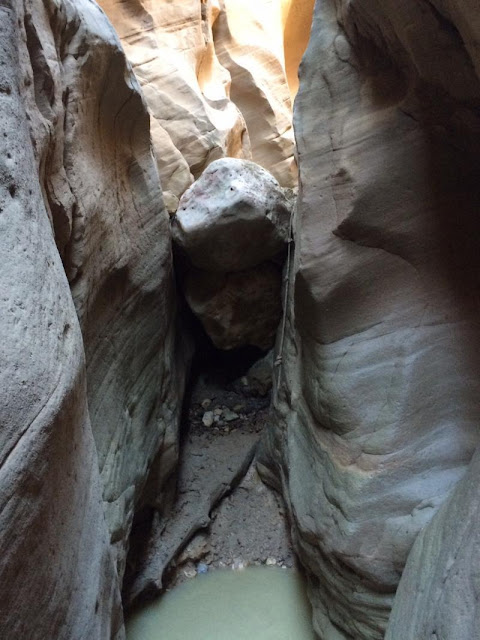 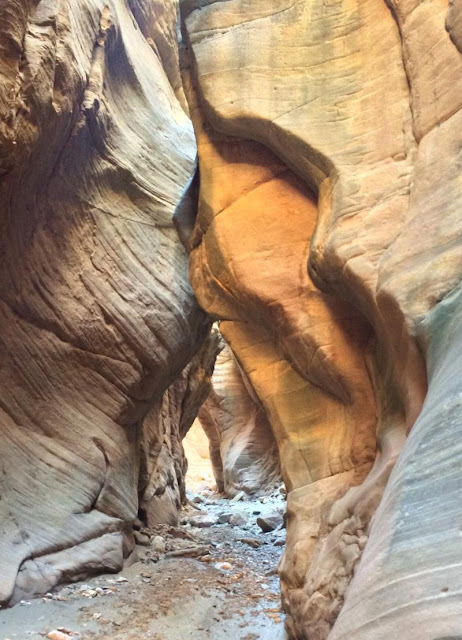 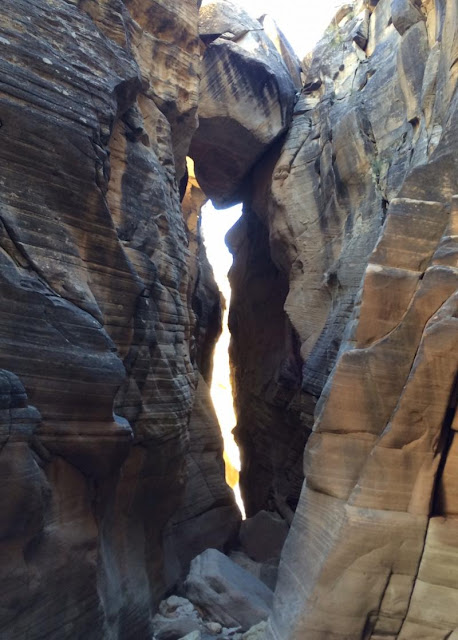 Steph is up on the bridge, but you can't really see her in this photo. Can you see the car that creates the foundation for this bridge? It has been there since 1954. Three men were in the truck when they drove into Bull Valley Gorge, killing all three. 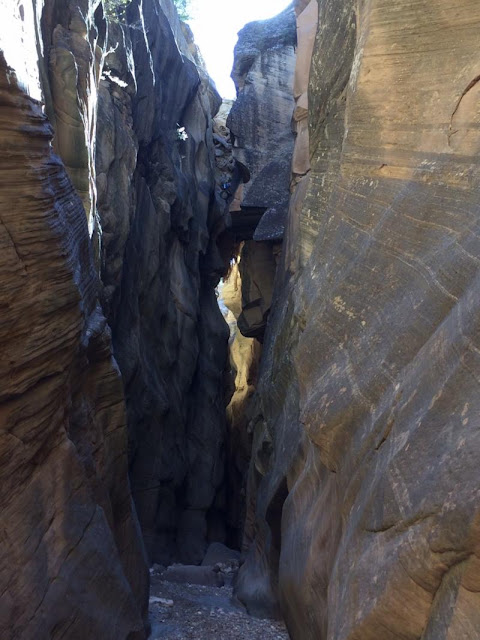 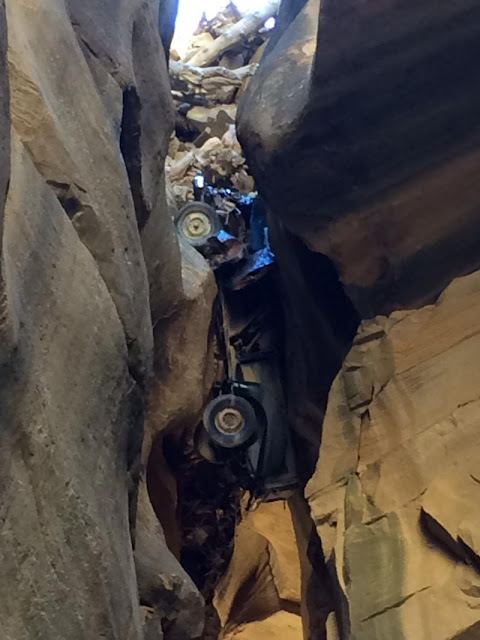 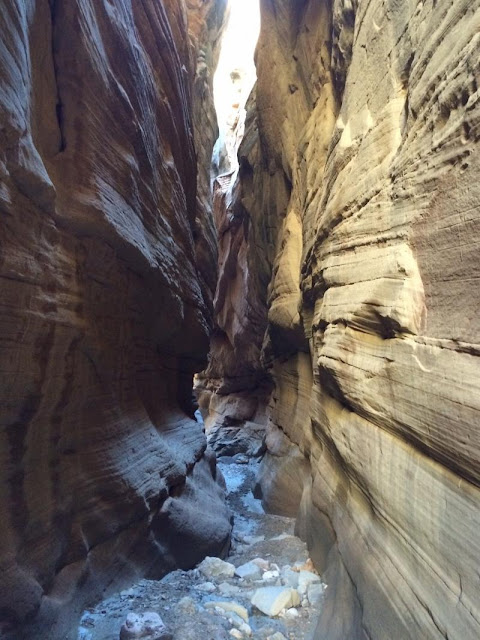 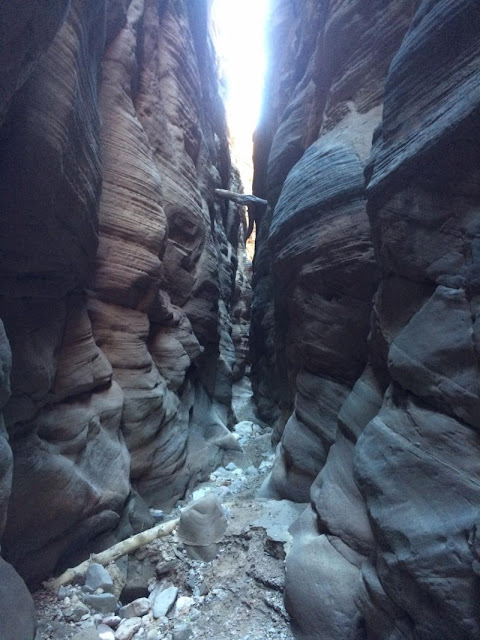 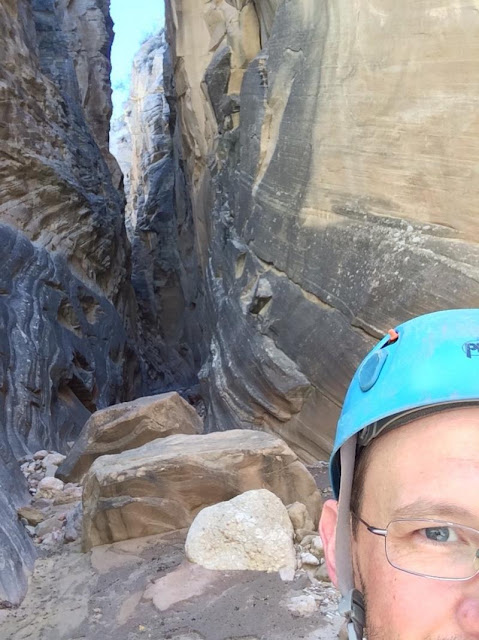