We headed out early when temperature was around 80 degrees. The canyon was cool and welcoming. The scenery was fantastic, the canyon looked like a giant block of chocolate that had been broken in half. There were some very odd and challenging downclimbs that we thoroughly enjoyed.

We found Boss Hog in very pristine condition; no webbing (except at the last drop), no garbage. We committed to leaving it that way from the start. We ended up ghosting 3 of the drops, yes they can be downclimbed by the very skilled but we don't recommend it. The penalty points are high.

At the mandatory rappel we found a large boulder with a sling around it. We high stemmed over to the boulder and put on our harnesses some 30 feet off the deck. Tony hooked up the rope and I elevatored down below the boulder to make sure we had enough rope. (It looks a LOT higher than it really is.) We both rappelled to the canyon floor and started pulling the rope through a very large existing groove that I had not seen (I actually did not stand on the boulder and have a look). This made for a tough rope pull and is the beginning of an ugly scar on a very clean canyon.

If you are part of a future group please consider extending the anchor down the chute below the boulder. You will need an extra 25-30 feet of webbing to do so. It will make your pull a lot easier and keep the canyon looking nice.

Anyway, we headed through the rest of the canyon and down an amazing 35 foot chimney. Then came the hard part...

It was 2 PM and the sun was blazing. We quickly found the exit and were dismayed by the angle of the sun. It was shining directly into the exit reflecting off both of the canyon walls. We considered finding some shade until the sun moved across the sky a little. But no, impatient, we just went for it. It was horribly hot- I'd guess between 120 and 130 degrees heading up the exit. We had no shade on the entire route. It took about 90 minutes to reach the top of the canyon. We had survived. It was 100 degrees at the top.

Was Boss Hog awesome? Heck yes! Would I do it in June ever again? Heck no! 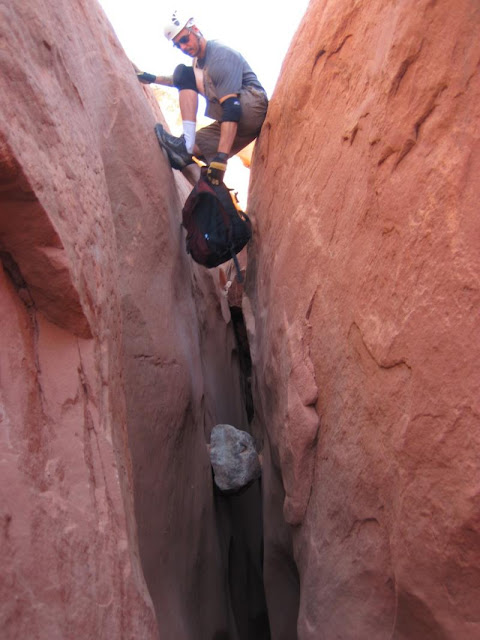 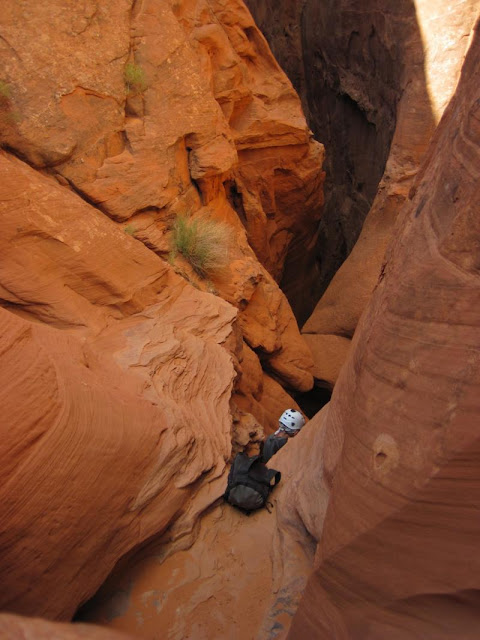 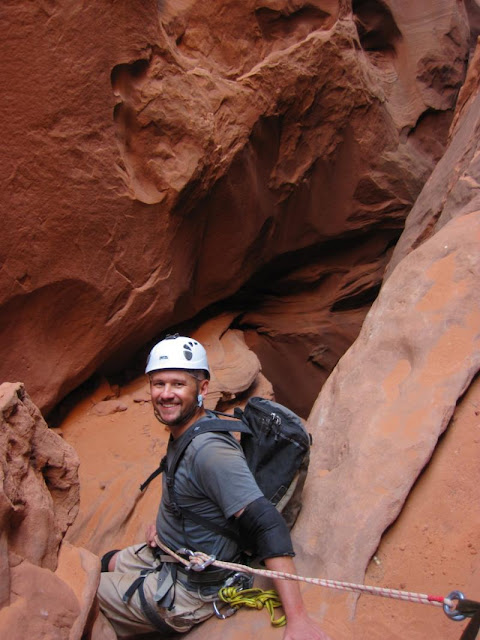 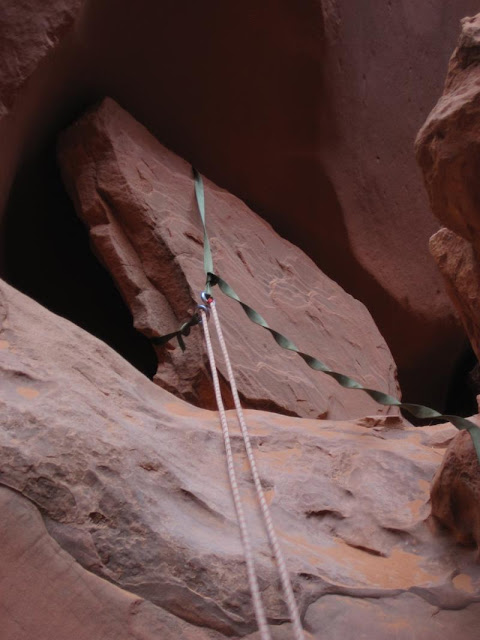 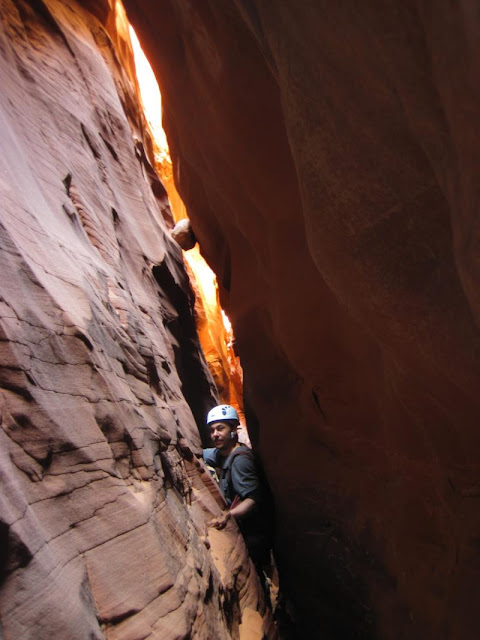 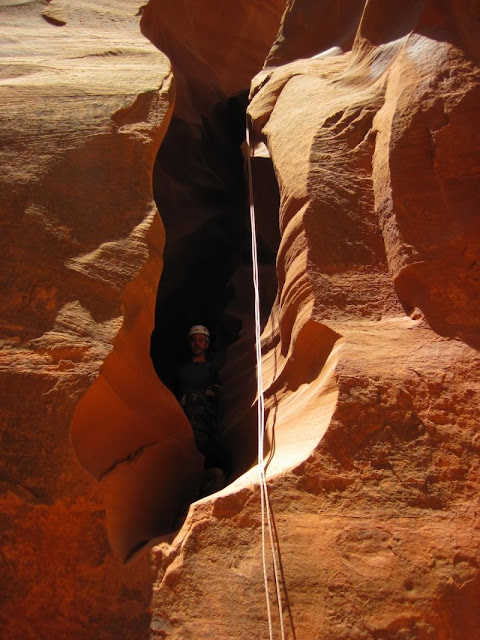 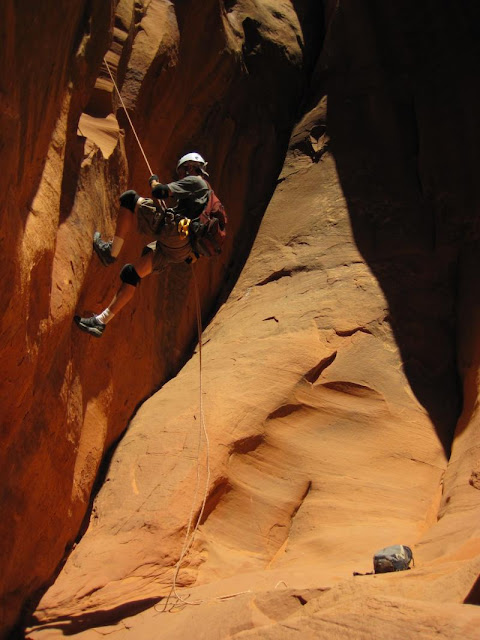 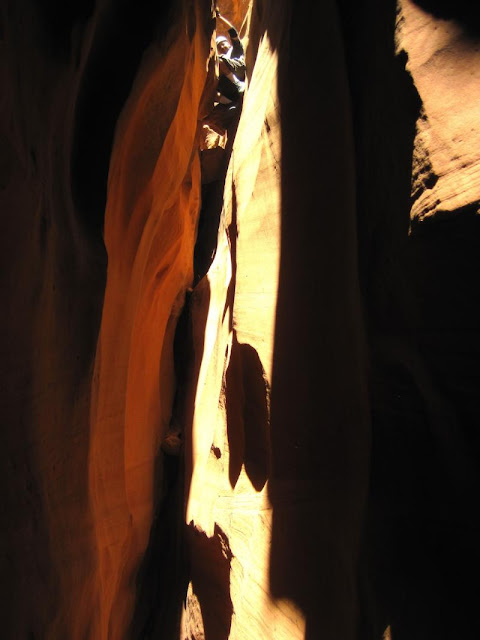