“Have you done Heaps?”

I have been asked this question a hundred times. Every reply in the negative has bothered me a little bit. I’ve felt ready for Heaps for the past two years, but have never taken the time to make it happen. This week the stars aligned; the right team, the right weather, the right conditions. If not now, then when?

On September 3rd , 2016, Tom Jones, Tom Collins, Meg Allyn, Steph and I took a journey through this legendary canyon.

The logjams throughout were a riot to climb over; never hard, but never easy. The jumps into seemingly bottomless potholes unearthed our inner children. Hours of swimming flew by in what seem like minutes. Alien moss-covered walls that bled rust redefined my definition beauty.

It was such a treat so experience the famed Knife Edge Ridge, the Hop Across, and the Iron Room. I was far enough behind the group that I even got to experience the confusion of the Devil's Pit by myself, heading all the way into the seemingly dead end- which was aggravating at the time, but an experience that I treasure now.

The final sequence was outstanding. I’ll tell you more about it later. 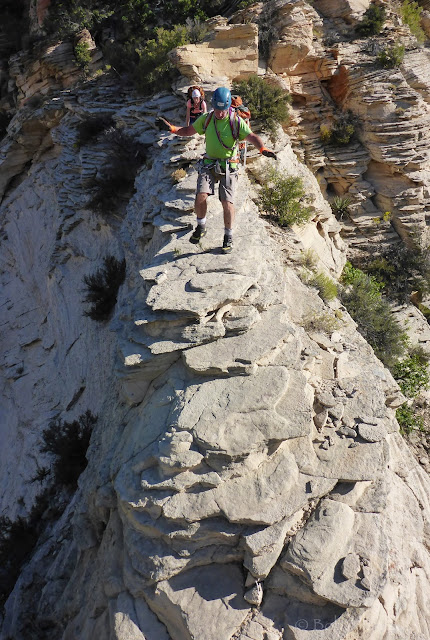 A tree that seems to grow out of a rock, smack in the middle of the watercourse. Photo taken using a vertical panoramic. 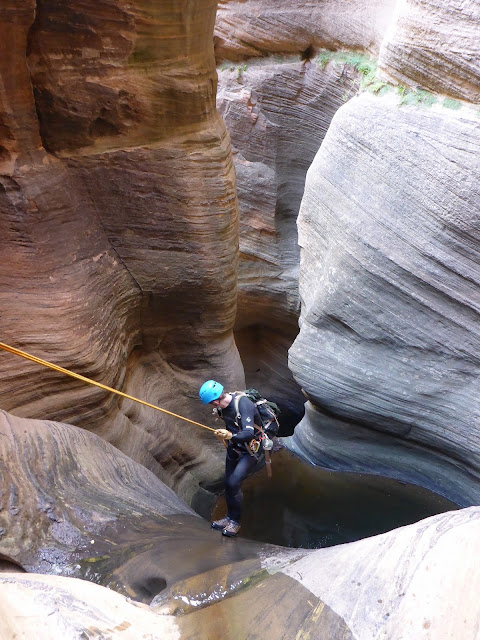 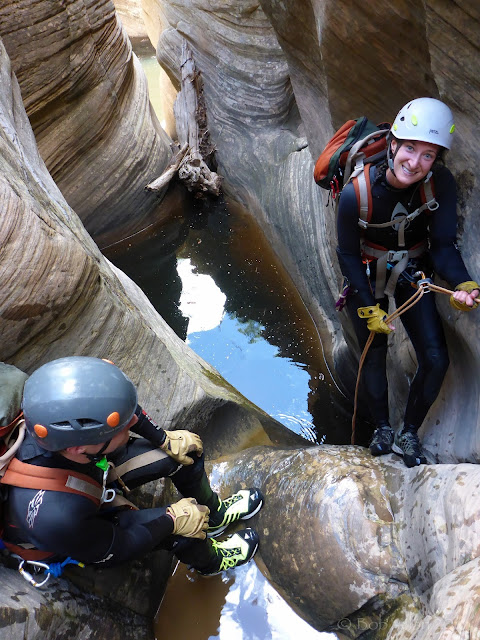 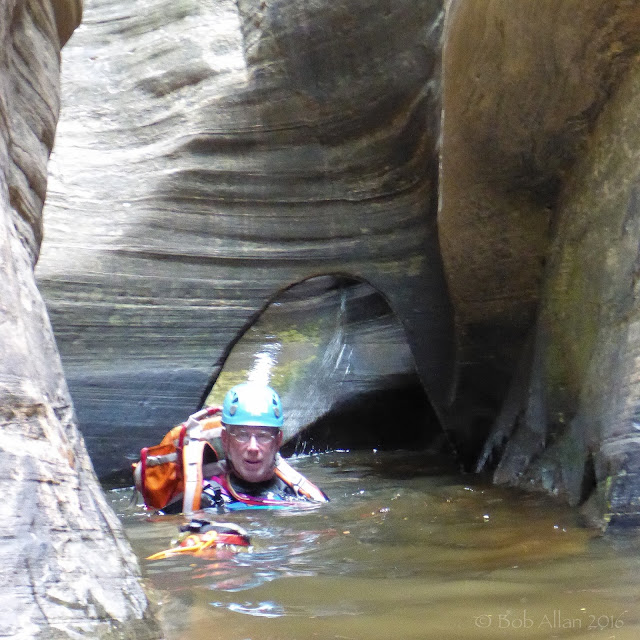 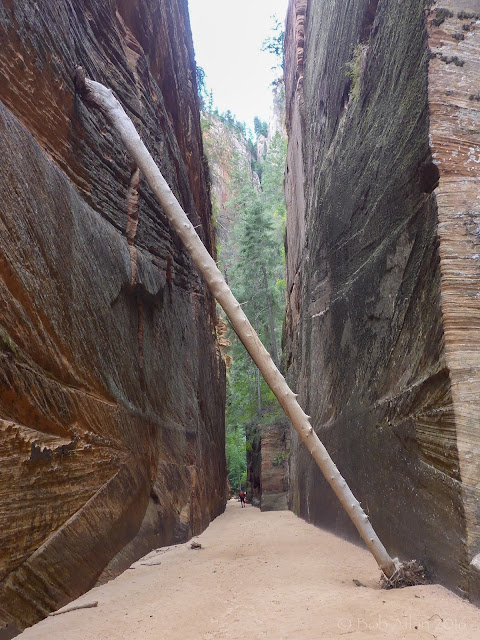 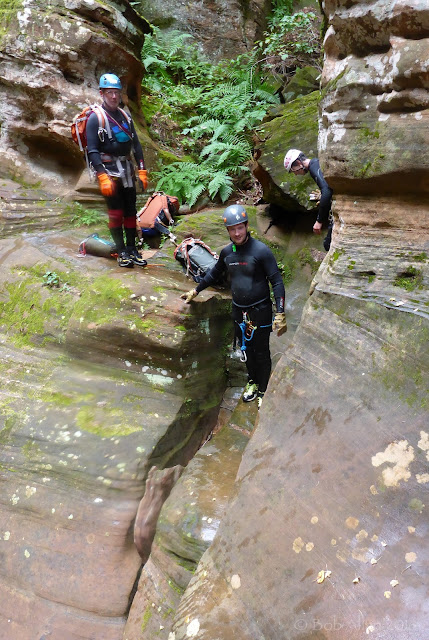 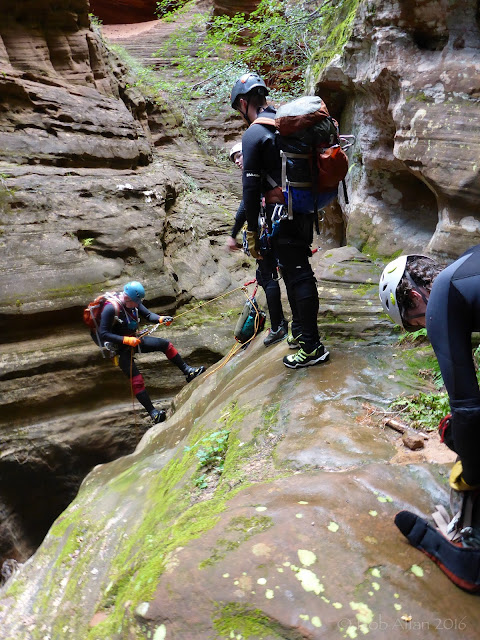 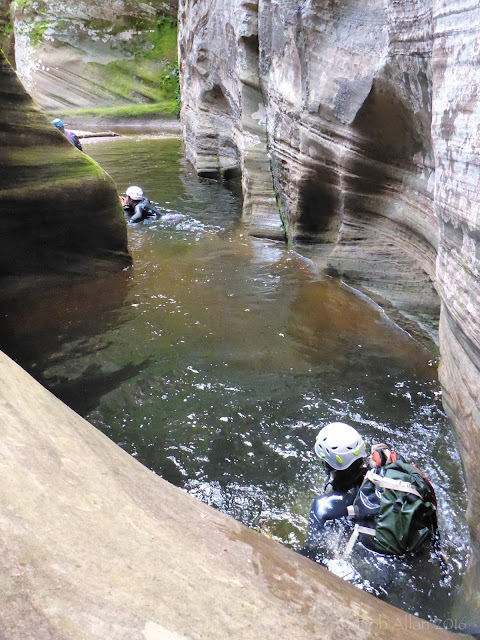 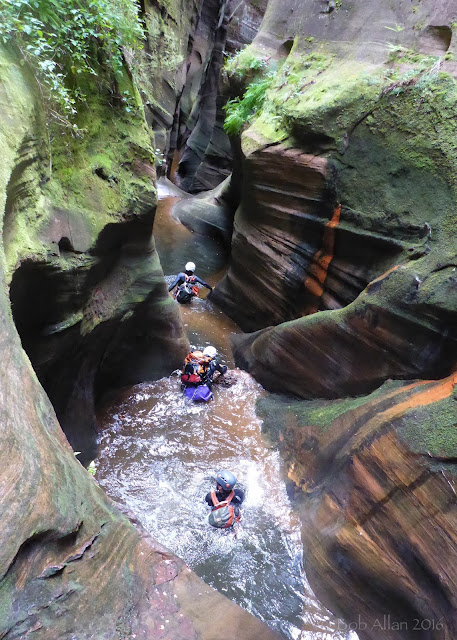 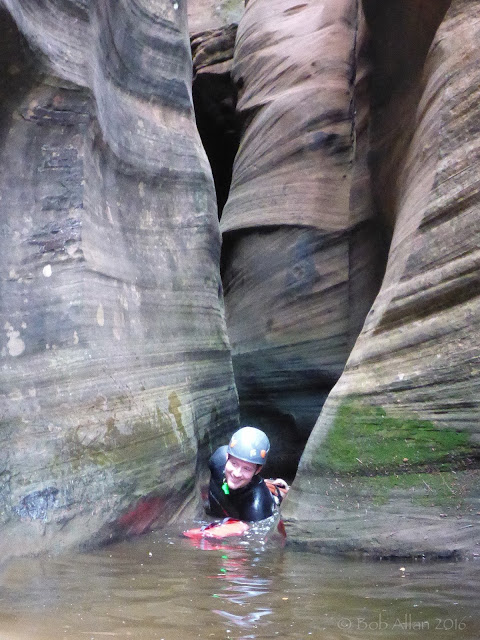 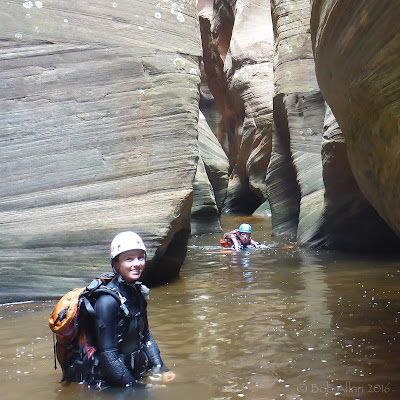 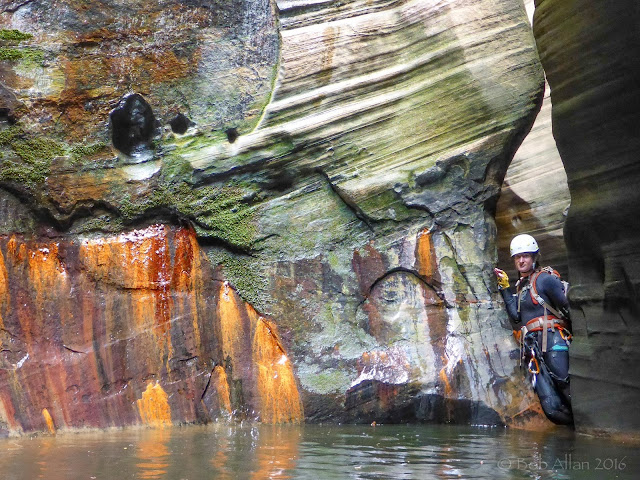 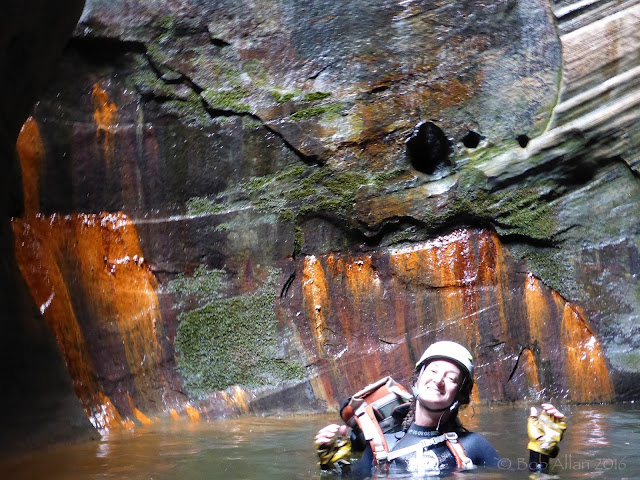 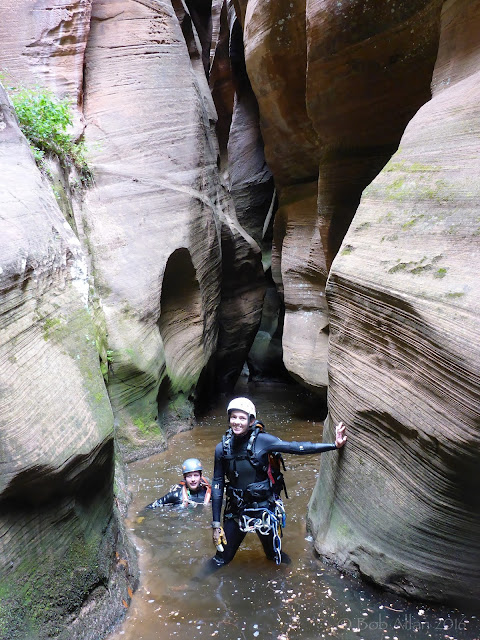 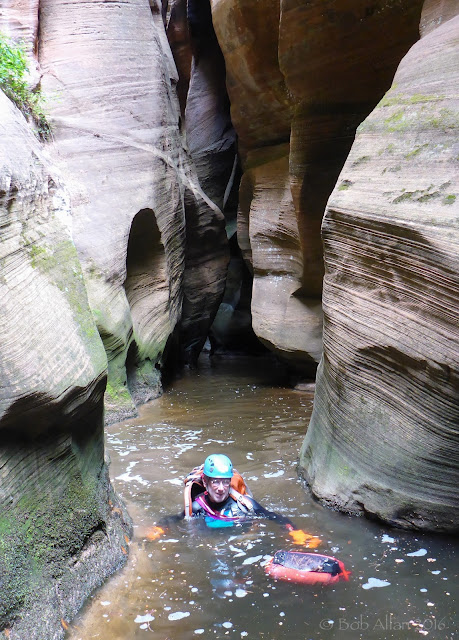 Special thanks to Tom Collins for carrying the 200 footer, getting our camping spot, for lending out warm clothes, and for picking up the permit.

Special thanks to Levi Fackrell for lending us his 400 foot rope.

Special thanks to Tom Collins and Meg Allyn for stashing the 400 footer.

Extra special thanks to Tom Jones for his execution at the final rappel. Your amazing rope skills, cool head under pressure, and selflessness added greatly to the group’s safety and to the overall experience of the day. It was a real pleasure to share this day with you Mr. Jones, I simply can’t thank you enough.
Posted by Bob Allan at 5:30 AM