Tony and I checked out Granary Canyon on December 4th, 2012. It was spectacular! It is a longish route for a short winter day, and the navigation was challenging.

If you decide to do Granary, be sure to take some extra time plotting your route to the first rappel. Navigating around the plethora of drainages is easy to mess up and the terrain is tough to read. Also, during the middle of the day it is difficult to maintain your eastward bearing (especially while engrossed in quality conversation).

Overall, Granary is my favorite Moab route. It was great day with a great friend. 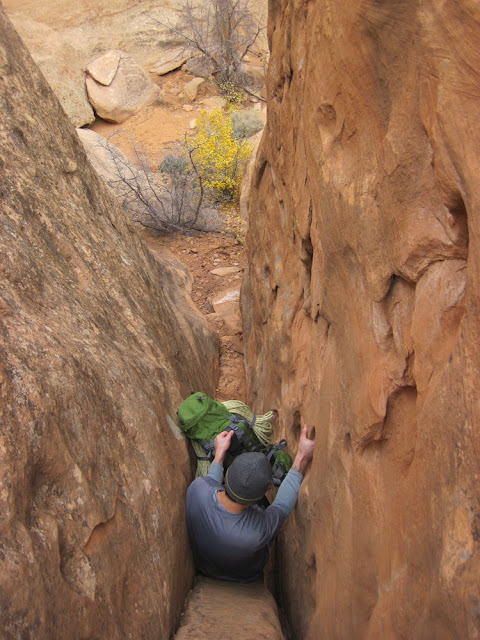 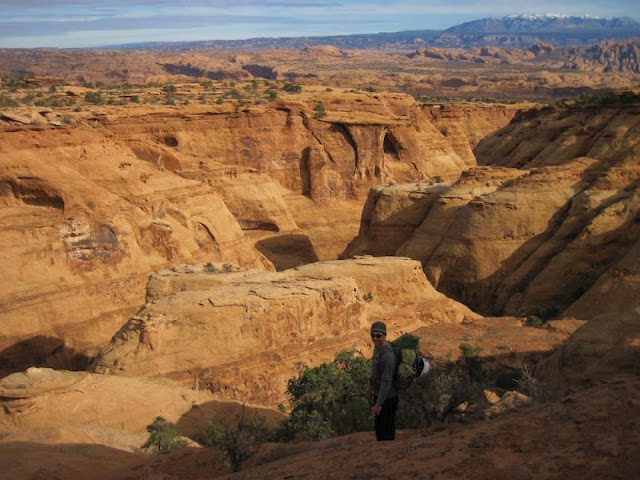 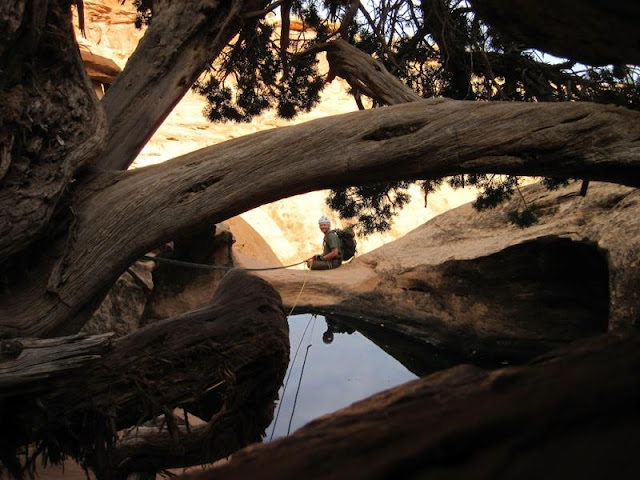 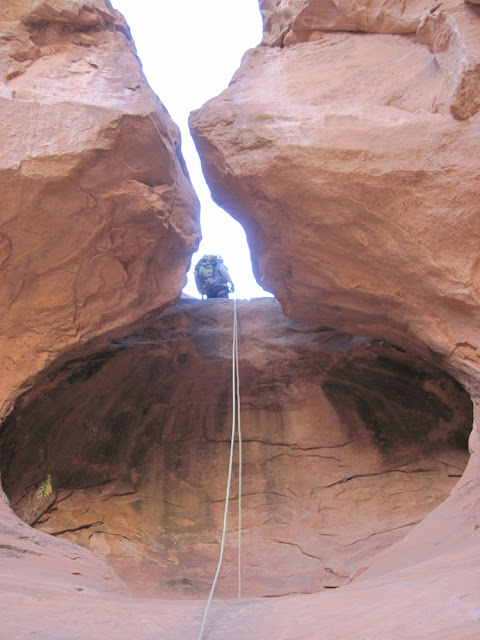 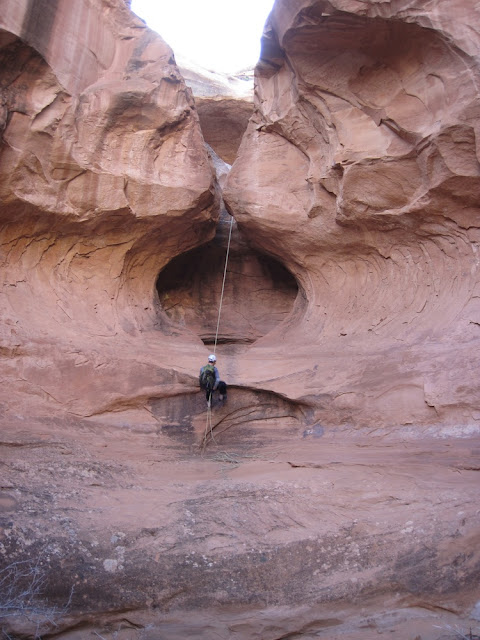 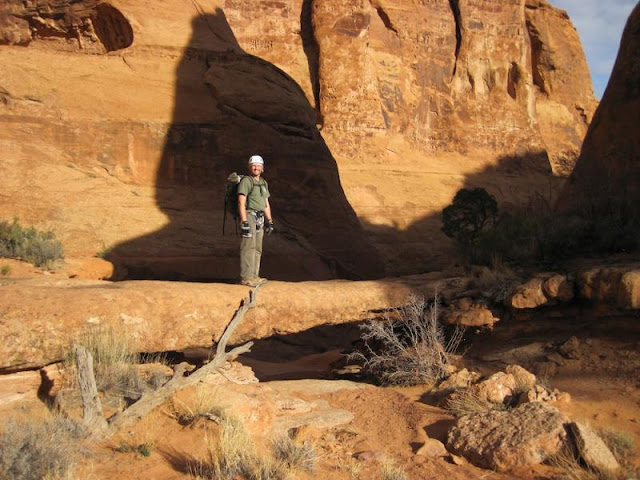 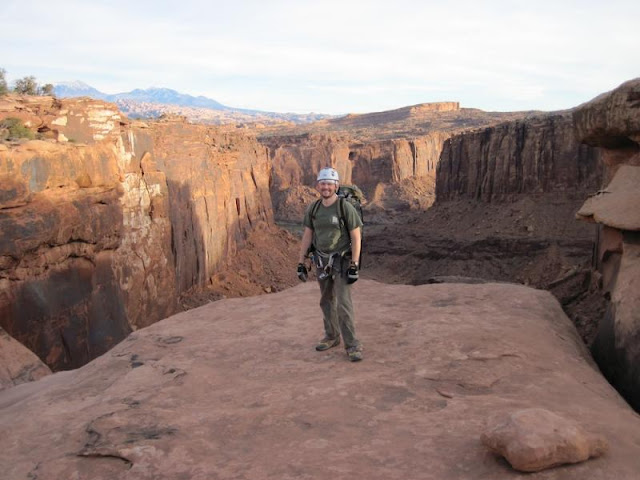