On Sunday, March 17th, 2013, we took an opportunity to hike through Adobe Swale. The plan started with a small group, then developed into a large, friendly group around a campfire the night before the hike.

We had the chance to hike with a few Bogleyites, including Tim, Carrie, and Cristina. The man with the awesome mustache is my buddy Tony.

Steph and I tending the SandTrap. 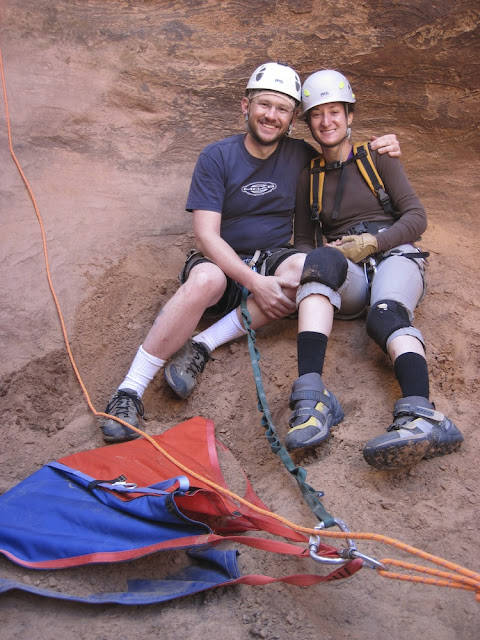 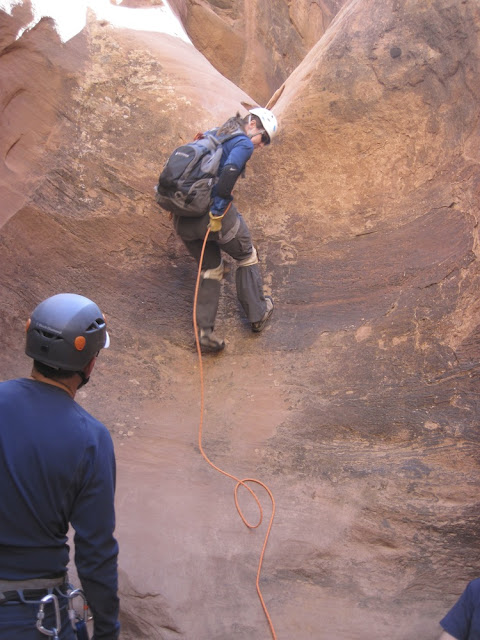 Tim, Mr. Peakbagger, freezing his butt off, moving the group along, and enjoying the view. 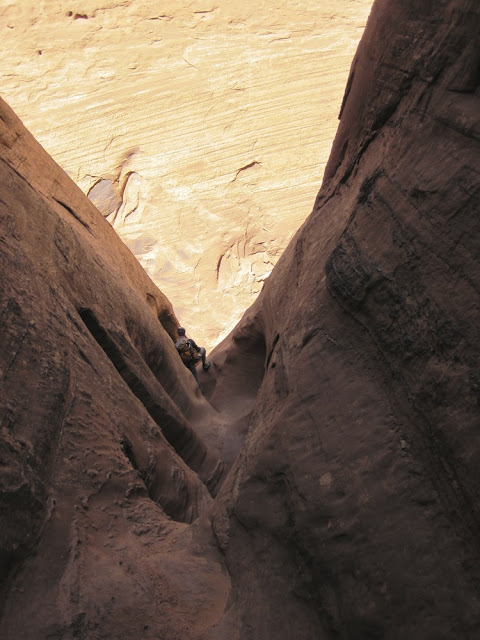 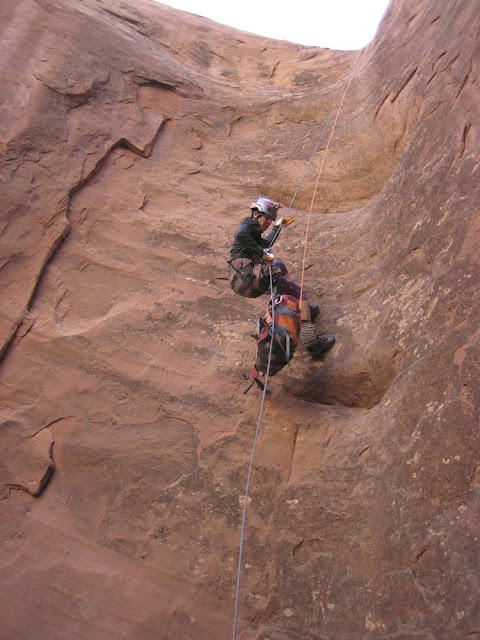 Tony, Cristina and I cowering in a breezy pothole. 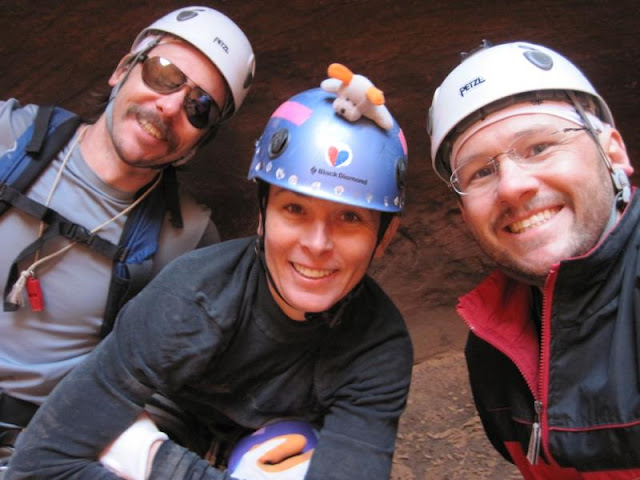 Steph rapping 'lightly', LWAR, from the SandTrap. Brave and capable. 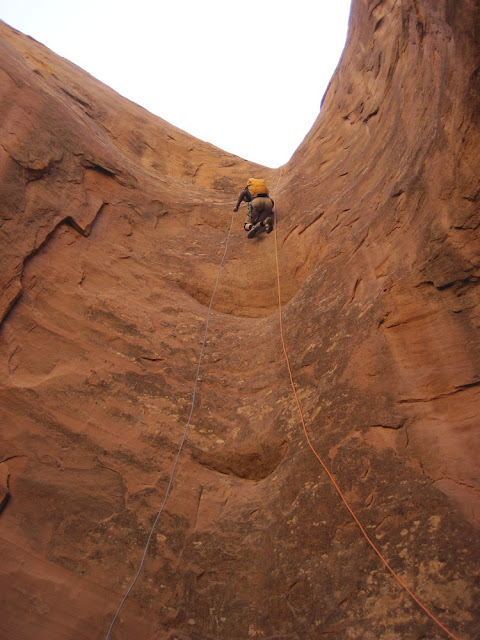 Tony pulling down the SandTrap. 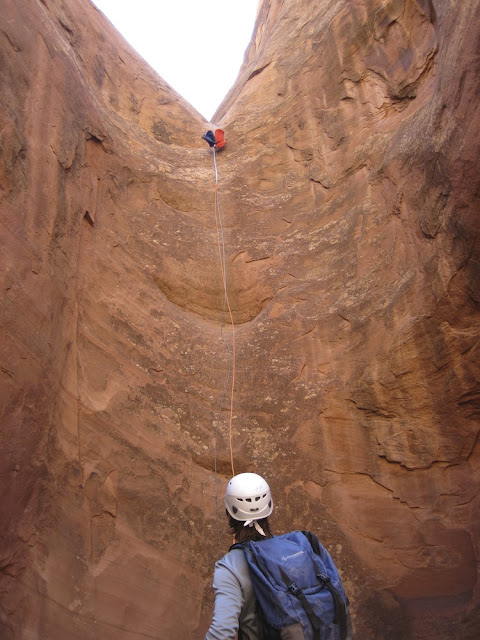 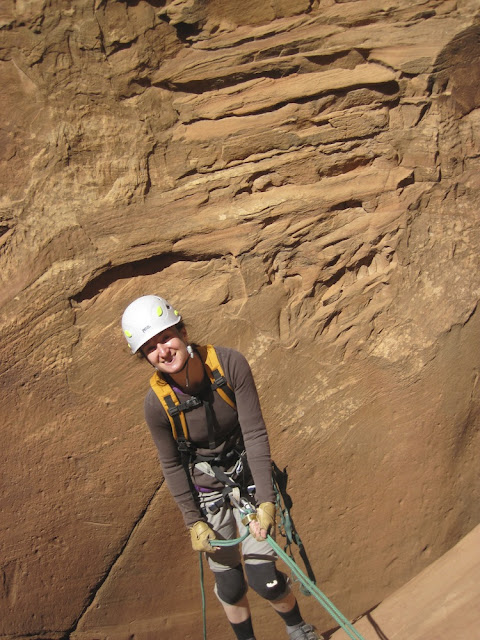 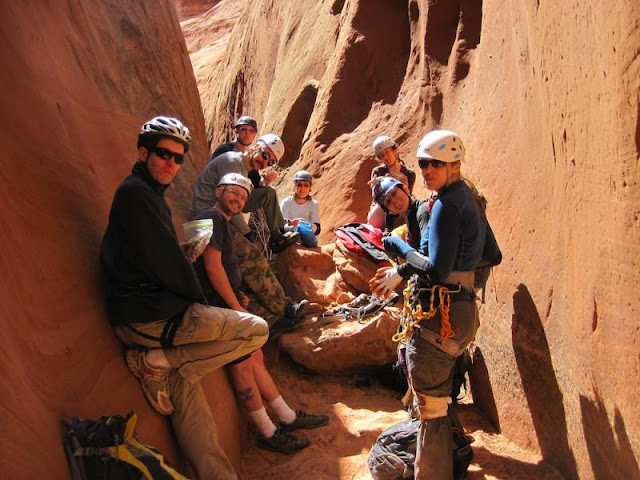 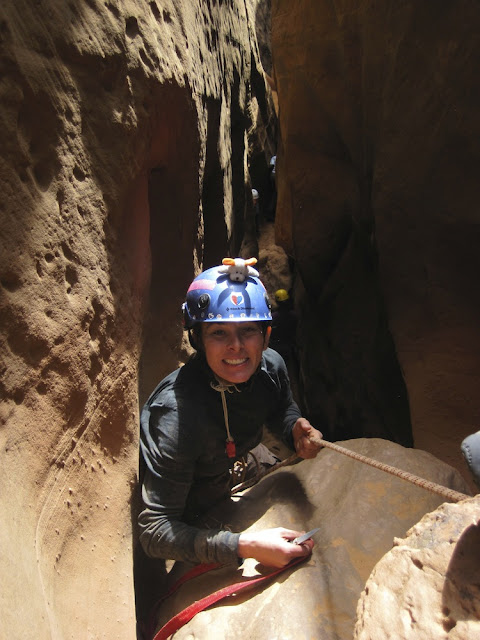 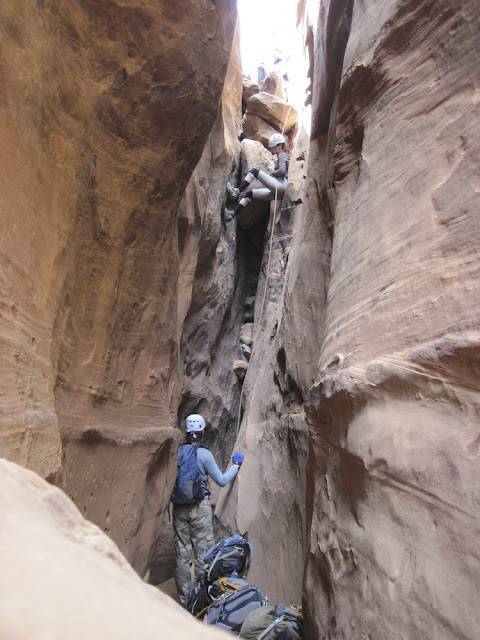 At the end of the day we all had mixed feelings about the hike.

On the positive side, the technical part is great! It was fun to show off our newly aquired SandTrap skills. Since Steph was the LWAR, she took charge of the SandTrap situation and gave everyone a brief lesson on what was going on. She masterfully managed the amount of sand, instructed people to rappel in the order she preferred (heaviest to lightest), then 'lightly' rappelled to the pothole below. The pull was extremely easy and looked kind of fun. (Sorry to geek out, but It will take some time for the novelty to wear off.)

There are a few interesting downclimbs afterwards to keep you on your toes. Carrie psyched herself up for a few minutes to attempt a particularly wide downclimb. She showed a lot of moxy, and trust in her coaches (everyone), then got it done! Nice job Mrs. Peakbagger! 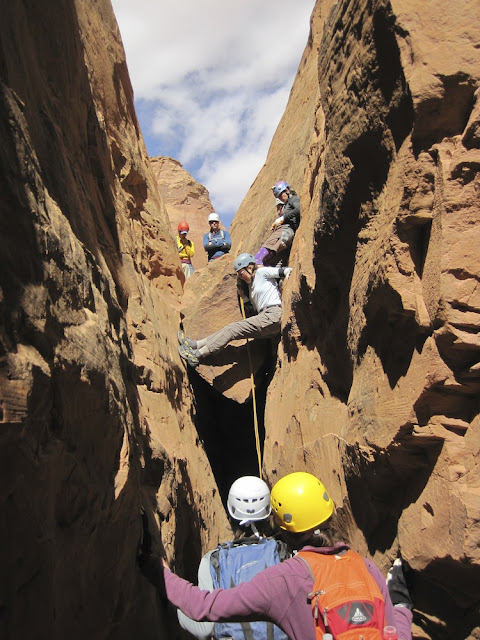 Then we got to the harsh part of the hike. The exit starts with a hike down a wash with lots of sand blowing in your face, followed by a hike up a south facing slope for a couple of hours. Without the car shuttle, the day would have been miserable.

However, we did have a shuttle; so it was a pretty fun day with a great group of people. IMO, Adobe Swale is good, but not good enough to do twice.

Thank you Tim and Carrie for organizing this hike and getting us back to our cars safely!