On Friday, March 15th 2013, Steph, Tony and I had the opportunity to hike through Paradiso with a few new friends- Ram, Jenny, Scott and Justin. The canyon was outstanding and so was the company. Much technique was taught, many jokes were shared and many questions were asked.

Scott and his son Justin are from the northwest. Scott is an old friend of Ram's, they have known each other for 32 years. Scott and his son stopped by Utah to visit with Ram and to introduce Justin to canyoneering. To them, Paradiso is just another canyon on the itinerary. But to me, it is a place with a colorful history. 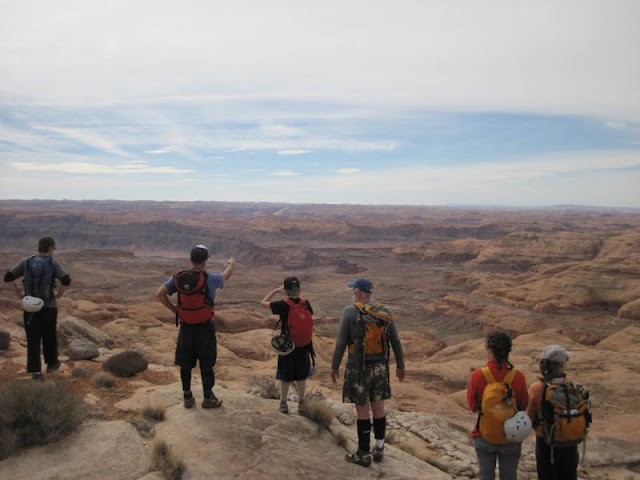 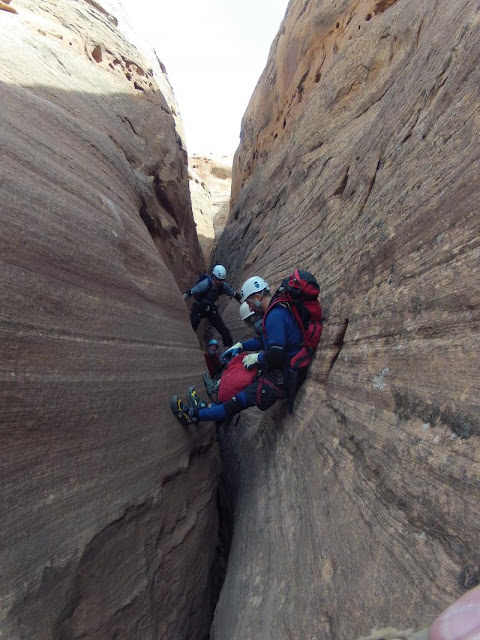 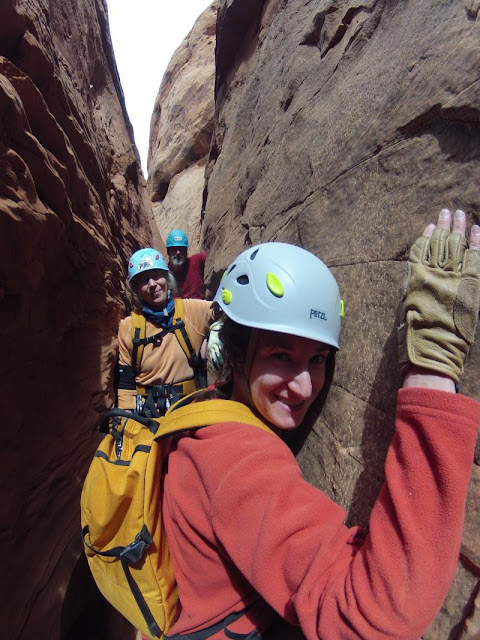 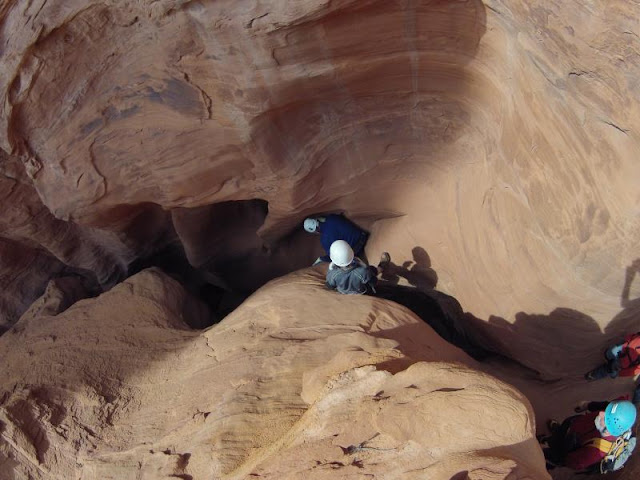 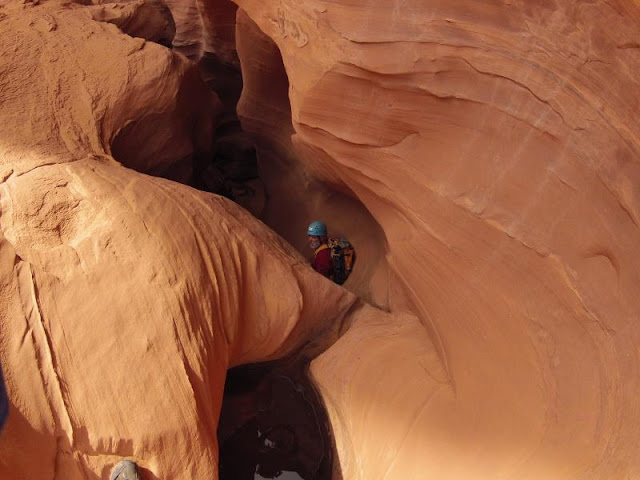 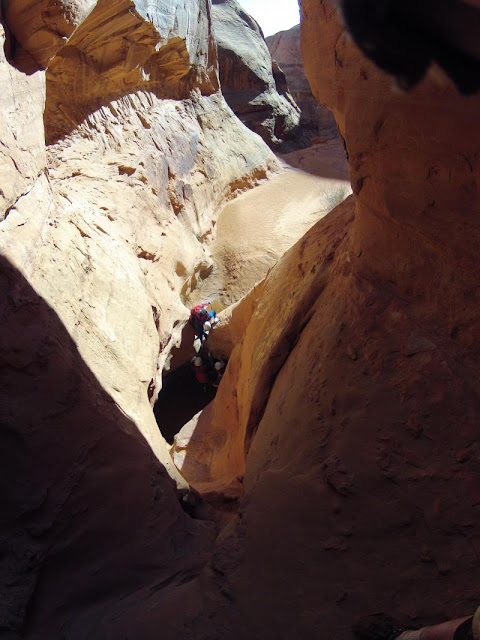 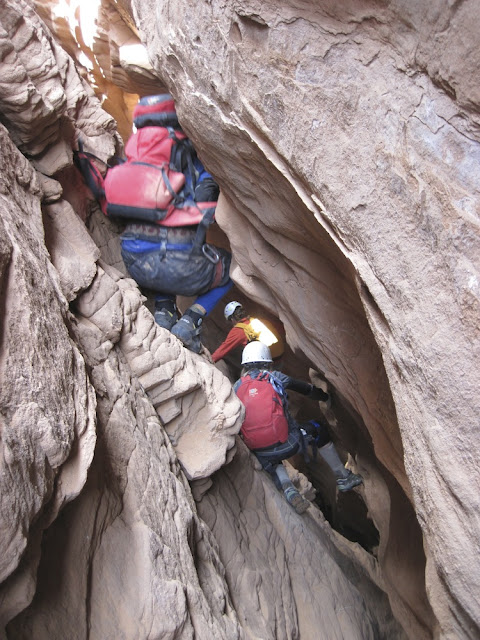 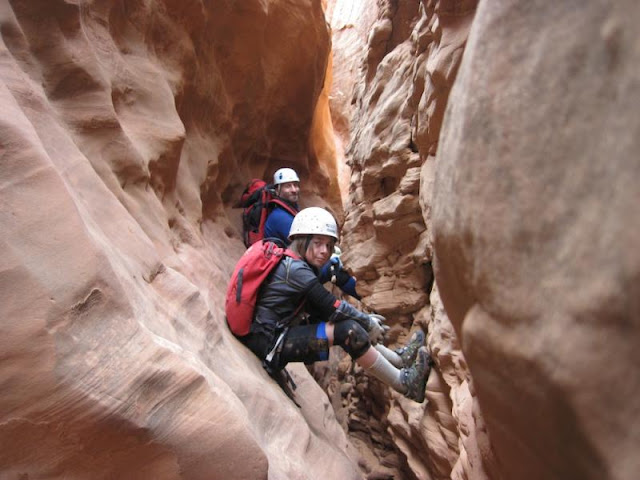 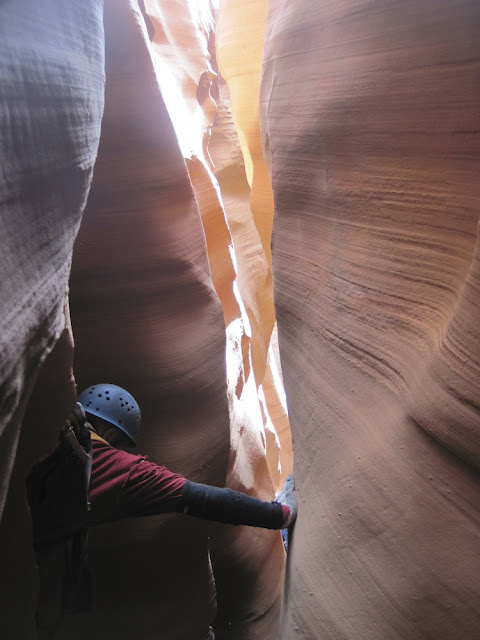 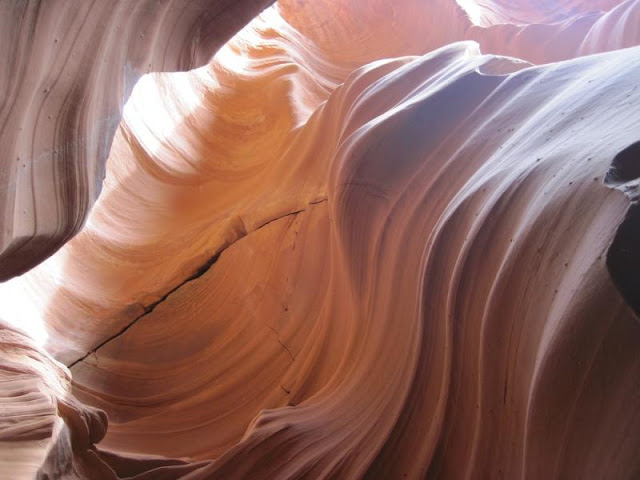 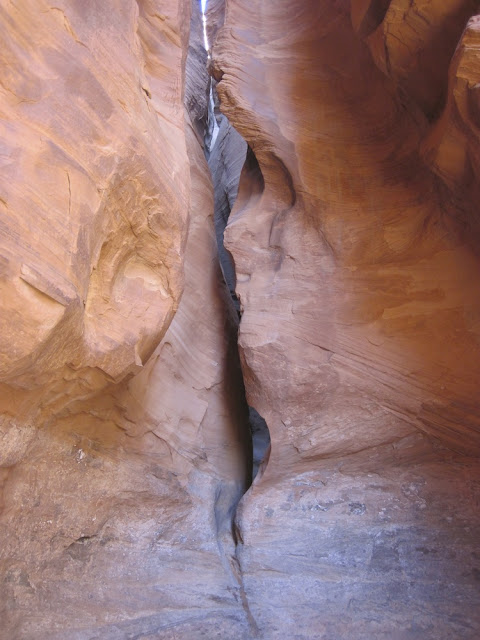 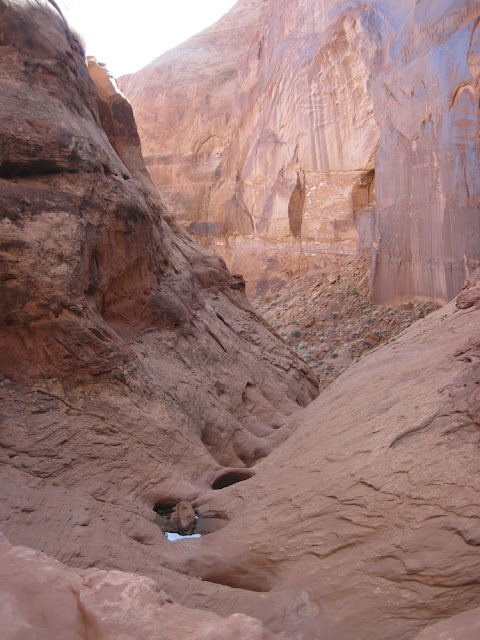 During the hike Scott and I were asking each other questions, just making conversation and getting to know each another a little. About halfway through the canyon everyone sat down to take a break. Then Scott asked a very funny question, "So Bob, how do you know Ram?" My reply went something like, "Uhhhhhhhhh...............uhm...............it 's a long story." Needless to say, many knowing smiles were exchanged during the carefully worded response. Tension melted away and friendships were built.

Oh yeah, the canyon was really good too. There is something about the sandstone down there... it has a menacing character to it. It has no 'theme' like other areas do. One moment you are high-stemming, the next you are swinging across a ferocious pothole. The canyon mocks you with with it's lack of anchoring options, but lures you in with it's intense beauty. It has such an interesting combination of characteristics... I can hardly wait to do the rest of the Dantes.

During our hike we also happened to run into Eric, Brian and their crew from Arizona. They have helped me extensively with the AZ portion of my mapping project and I was stoked to thank them in person.


Ram telling vivid tales about the scariest canyons in existence: 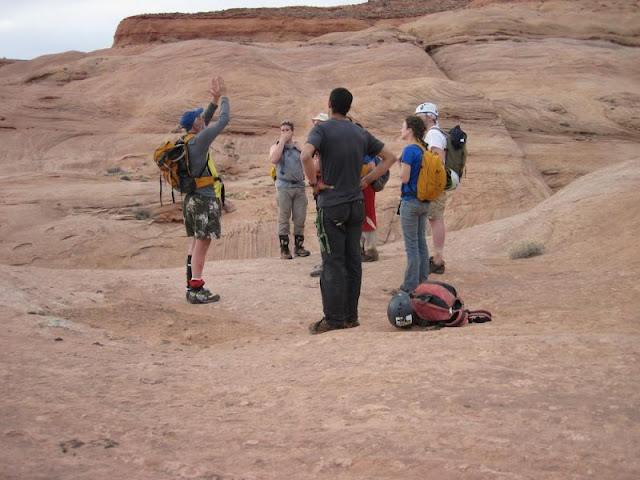 I would like to thank Ram and Jenny for being relentlessly friendly, for their patience and open-mindedness, and for inviting us on this adventure. We look forward to hiking with you again in the future. 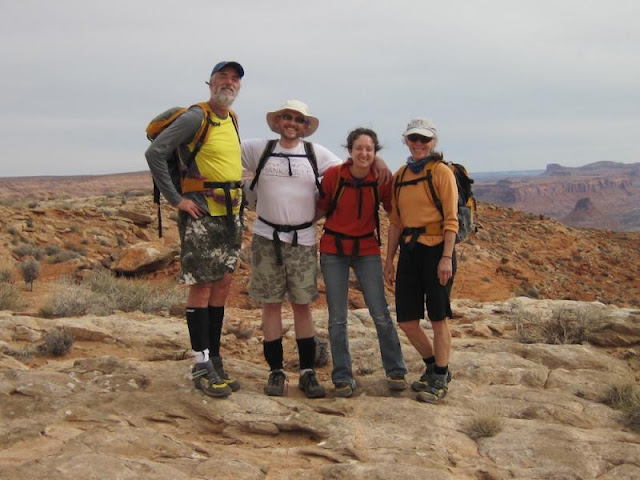