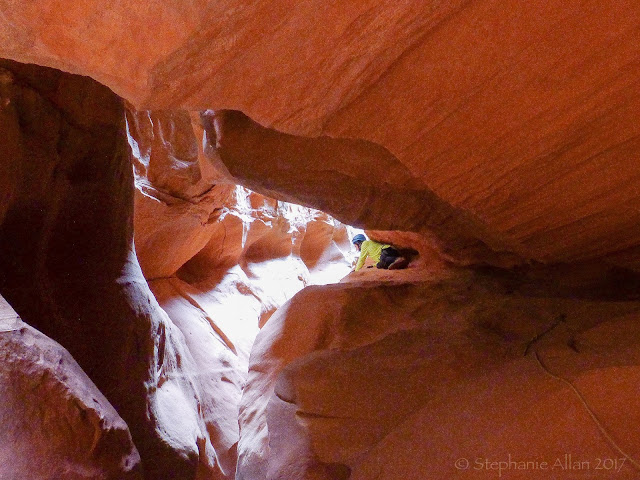 On the wall above our bed hangs a large picture of the Grim Crawl. Even though it looks great, it has bothered me a little every time I've looked at it. I had never been across the Grim Crawl, nor had I done the downclimb adjacent to it. I just felt like I hadn’t earned the right to display a canyon obstacle that I had not yet conquered.

I’ve probably told the story a hundred times, about inching along on my side to get through the crux narrows. It was terrifying, I remember it like it happened yesterday. I swore that I would never go back.

Years passed and I lost some weight. We learned mental tricks and physical tricks that help us through tight places. We learned to downclimb.

Finally, on New Year’s Day, 2017, Steph, Tony and I returned to the canyon that had haunted me for so long. This was Tony's first time through.

On this day I weighed 154lbs and Tony weighed 194lbs*. Like any good buddy I wanted to see him suffer through the skinny sections. I knew this was unlikely, but I was still hopeful.

The first section of the canyon was simple and mercifully dry. The second section was excellent. The leaning hallway was better lit in January than it was in September, which was rather odd. 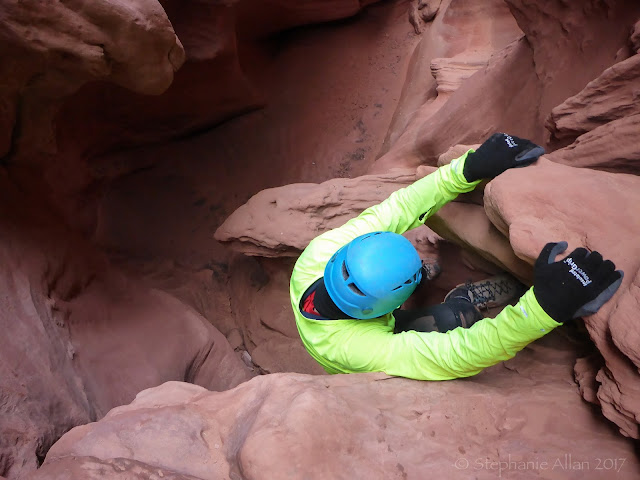 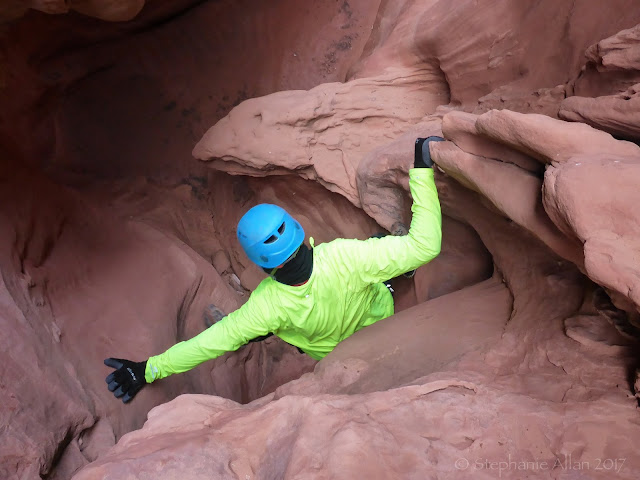 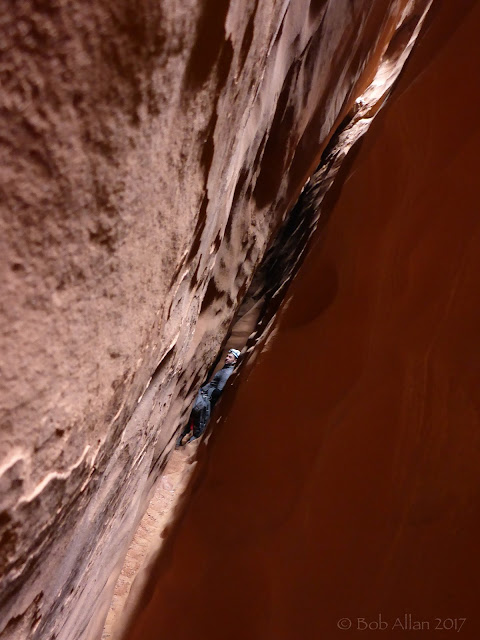 Then came the main event. We found the Grim Crawl to be free of dust, so it seemed extra grippy. I asked Tony for a belay (really a psychological belay) and made my way across easily. Steph rapped off Tony, then Tony made his way across the Crawl to join me.

Sliding off of the Crawl into the downclimb was far more intimidating than the Crawl itself. The short move, onto a large chokestone, was not particularly hard. However, there was no way to protect it. If you botch the slide you will fall 40+ feet; in January the consequences would probably prove fatal. Thankfully, we didn’t botch it. It was fun and rewarding to make that move and the subsequent downclimb, a step forward in the progression for me. 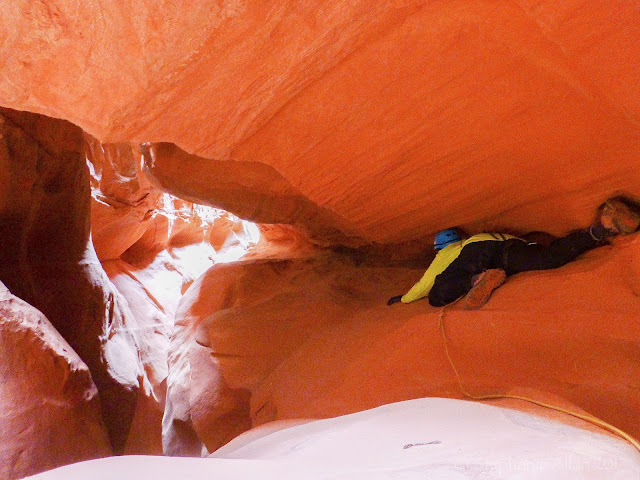 We made our way to the crux narrows. I made it through easily, shifting my ribcage up/down/diagonally at places to micro-route find my way through. No helmet stands were necessary. Tony had to go up a foot or two to get over a pinch. A simple heel-to-toe jam was all he needed. Dang! Minimal suffering!

Overall, this was one of my favorite canyon days. It was fulfilling to conquer old demons with two of the best people I’ve ever known. I couldn’t dream of a better way to spend New Year’s Day and look forward to visiting Shenanigans many times in the future. 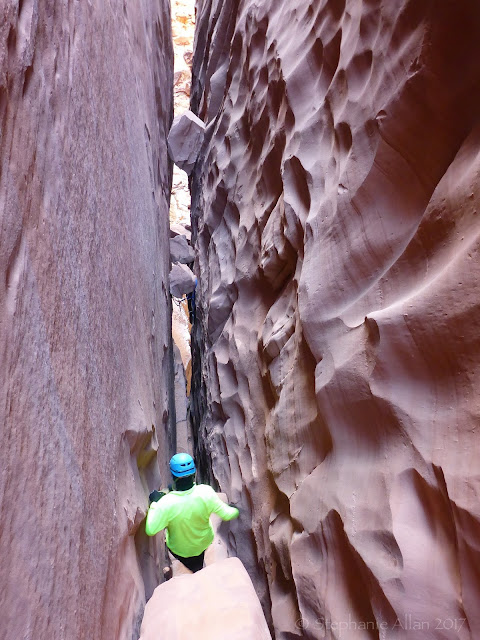 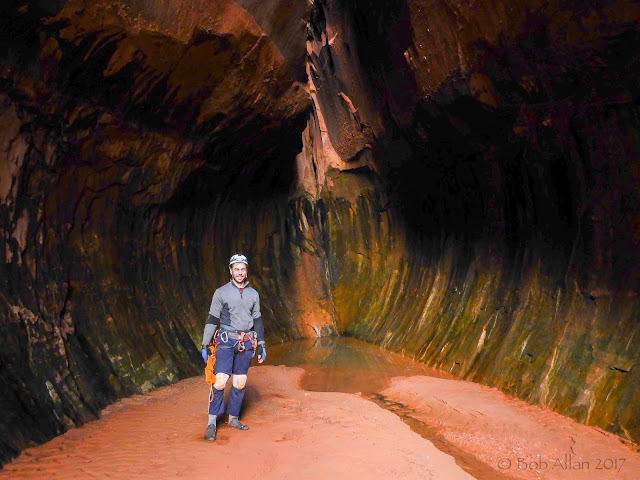 *If you weight more than 180lbs and are thinking about doing Shenanigans, please take a moment to check yourself. Realize that Tony has no body fat and moves like a ninja. Going over the crux narrows would be easy for him.