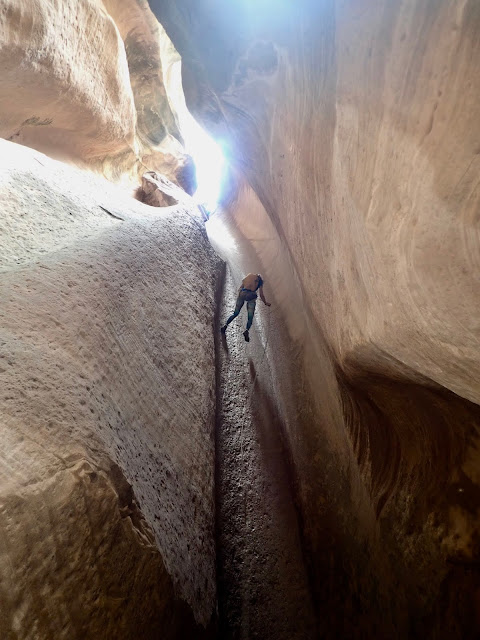 On July 13th, 2019, Tony, Jordan, Jeff, Tanner, Byron, Steph, and I wanted to enjoy some Zion canyoneering goodness while avoiding the mid-summer crowds and pesky permit system.  So we chose to descended the rarely visited Deadeye Dick and Mighty Mouse drainages.  We affectionately called the combo "Mighty Dick".

Deadeye was Jeff and Tanner's first canyoneering adventure, and it did not disappoint.  We were a little surprised when we got to the top of Deadeye and discovered that the canyon was flowing.  Luckily, the flow dissipated into the ground just after the first drop, which left the remainder of the canyon mostly dry.

It was interesting to experience a real Zion-style canyon without any bolts.  There were several poorly conceived and poorly built anchors, many of which we removed or rebuilt.  We removed at least 75 feet of webbing and some other trash too.  I spent more time building anchors in Deadeye Dick than any other canyon that I can remember.

Required upclimb on the approach.
Steph on belay. 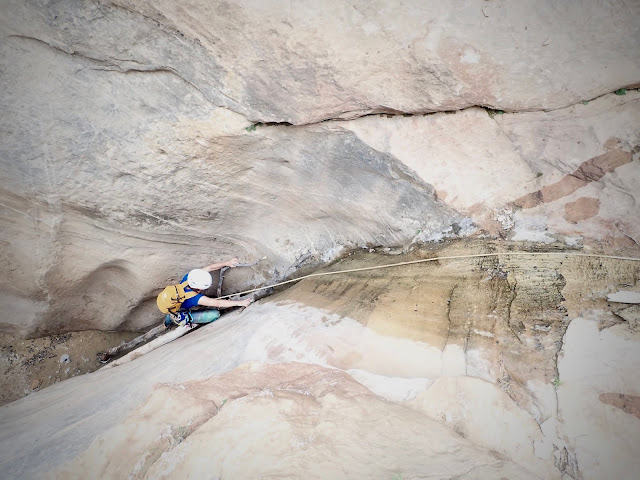 Notice the tiny amount of flow on rap #1.
It certainly had our attention.  We carefully evaluated our options before proceeding further.
Luckily the flow vanished into the sand before rap #2. 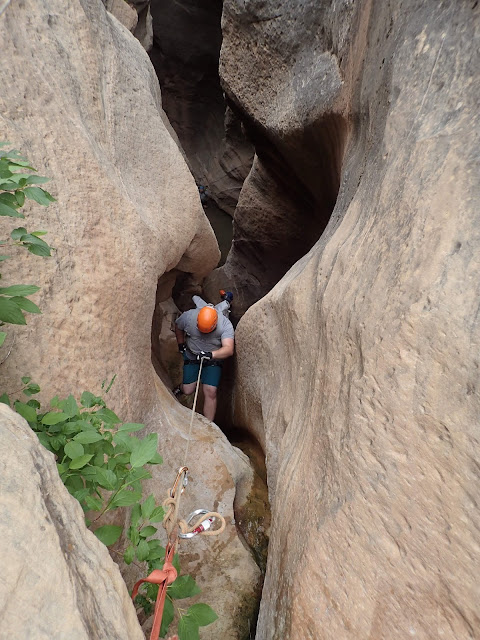 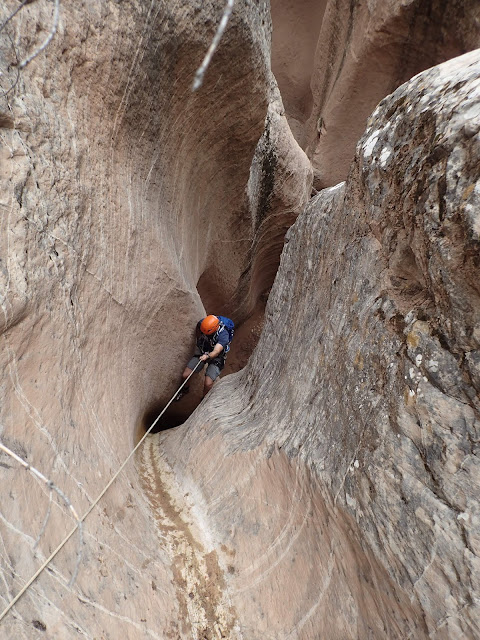 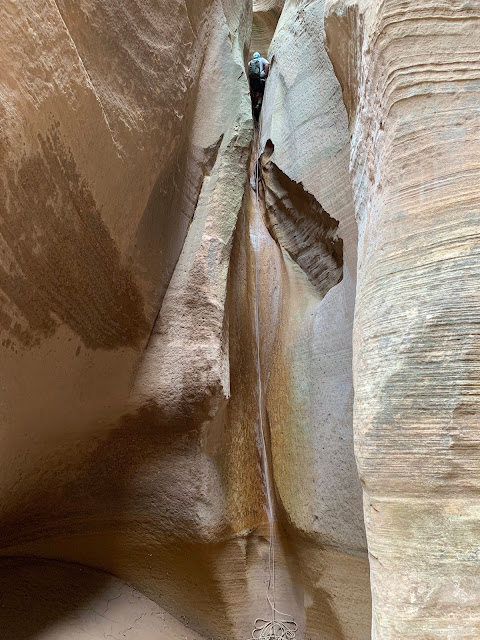 Me and Jeff removing trash. 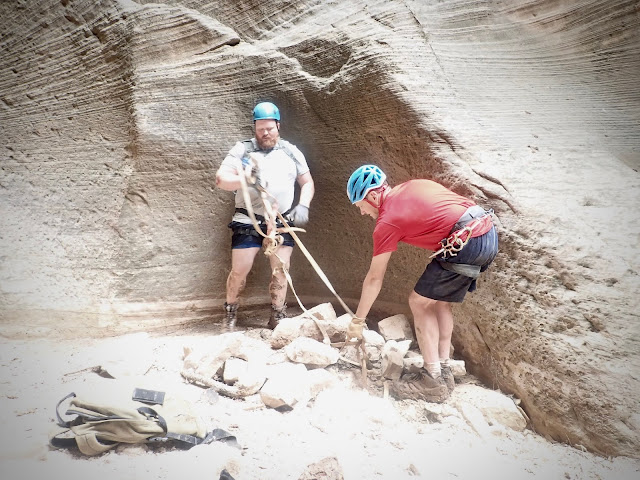 Removing more trash before building a new anchor on the log. 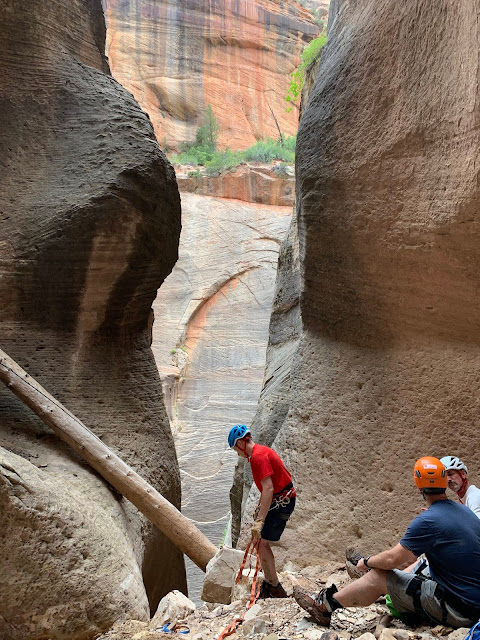 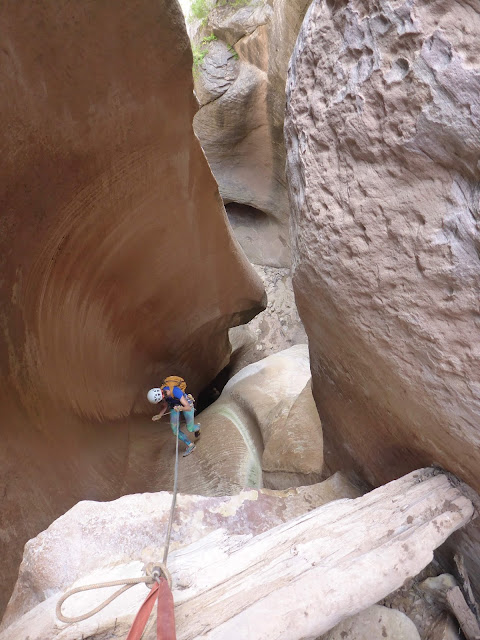 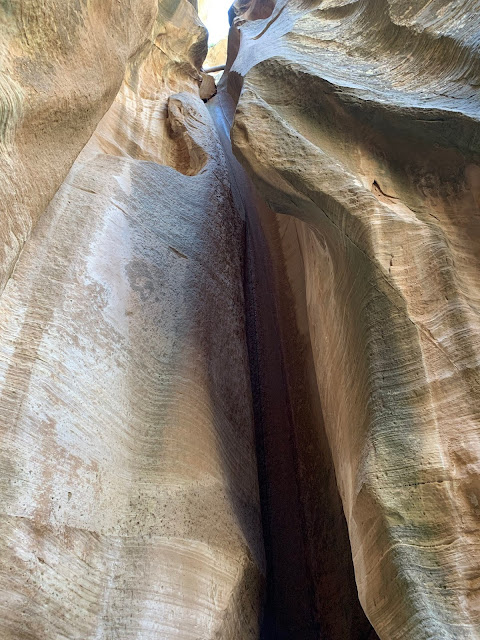 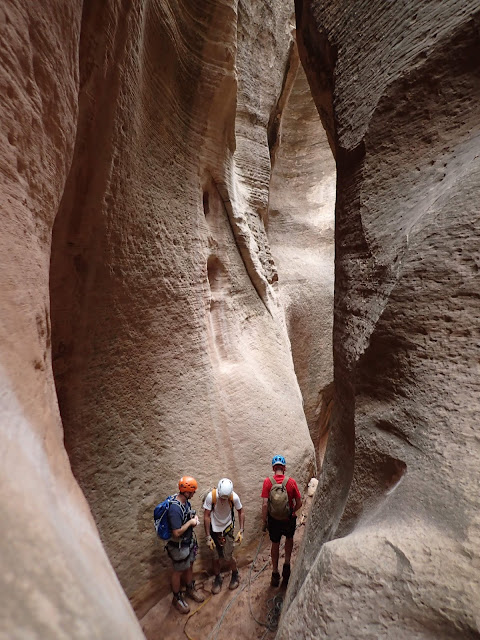 Jeff and Tanner felt like they had had enough fun with Deadeye Dick,
so they elected to sit out for Mighty Mouse.

The crux of Mighty Mouse was the approach, which was not obvious and fairly steep.
I'm glad we did Mighty Mouse, but I won't be in a hurry to do it again.

The crux of the Mighty Mouse approach.
Climbing this crack is easy, but does not look easy from the creek below. 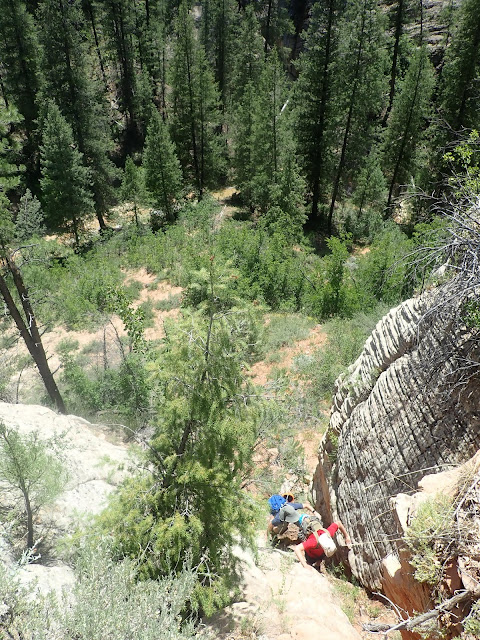 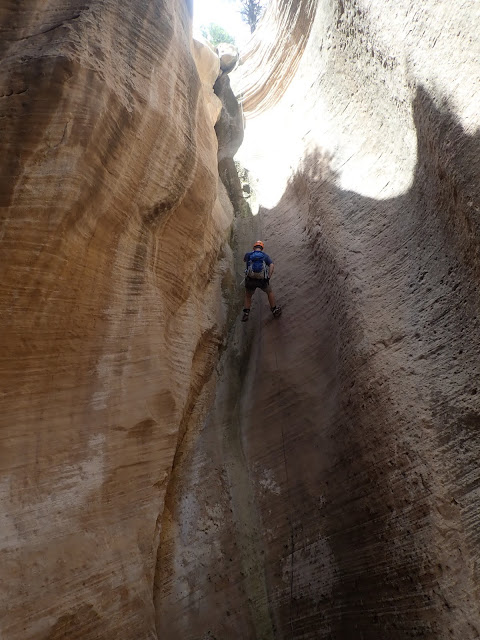 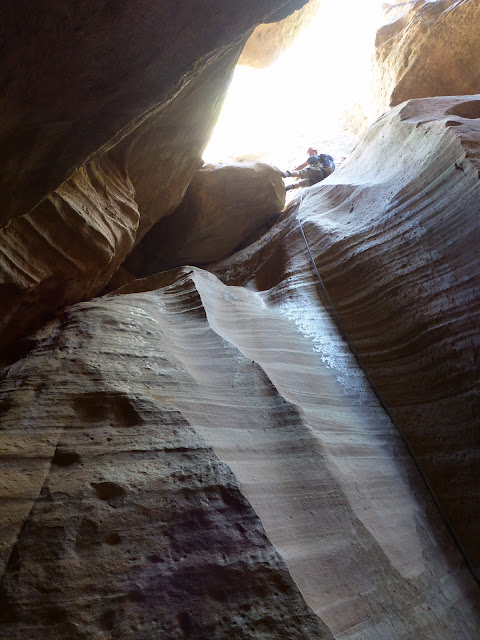 There was some kind of angry animal hiding under this boulder that was hissing at us the whole time.
We got the headlamps out in order to find it, but it never revealed itself. 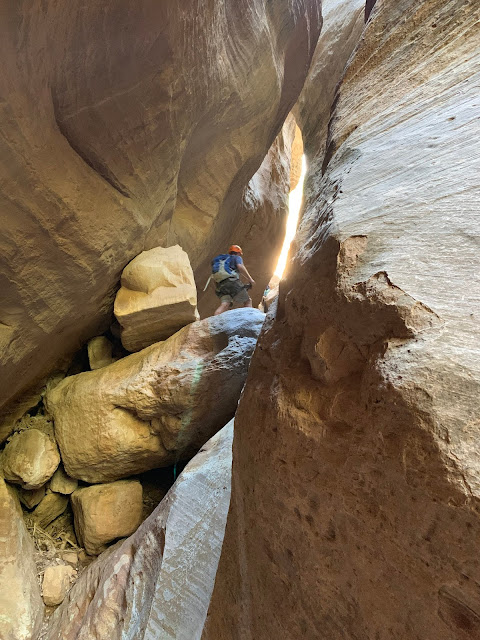 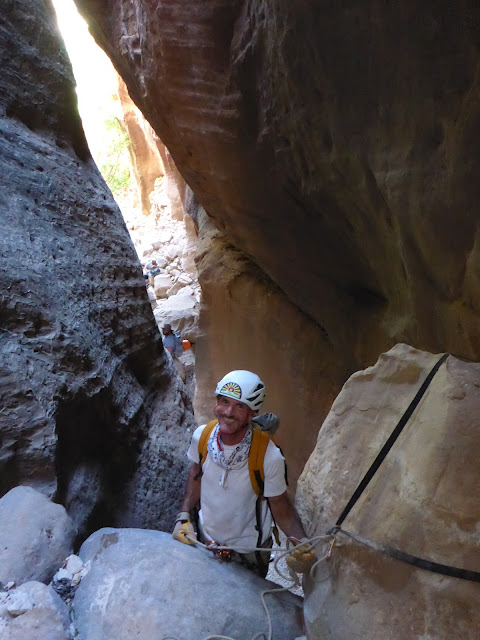 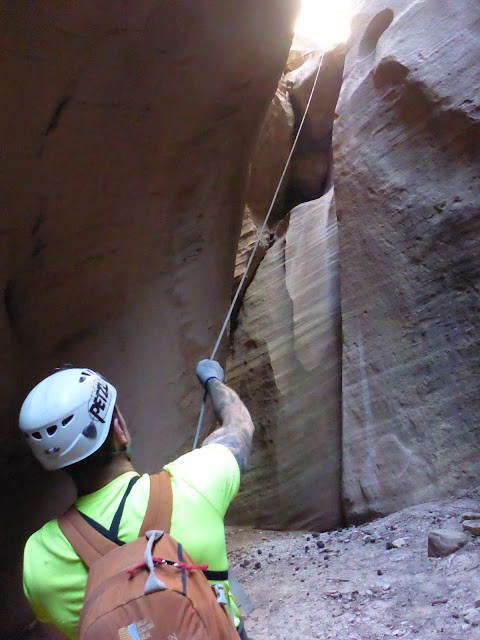 Deadeye Dick - There is one drop that is nearly impossible to anchor when the canyon is muddy, and would be impossible to anchor if the canyon was flowing.  There are anchor options up canyon, but a LOOONG piece of webbing would be required to reach them.  Be sure to bring at least 100 feet of webbing in case you can't build deadman at that drop.  A SandTrap would probably be a good option at that spot as well.

Bring something to protect your ropes at the log rappel.  There is a sharp edge just after the start.

Our car-to-car time was 6h 20m moving at a casual pace. 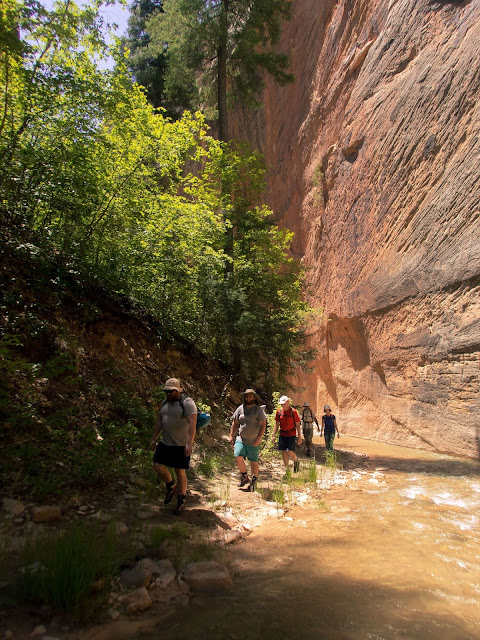