Stephanie and I checked out Zero G on May 4th, 2012. The conditions were great! The water was low but very clean. The section with the keeper pothole was short, but really nice. It's a great way to spend 3 hours if you are in the area. 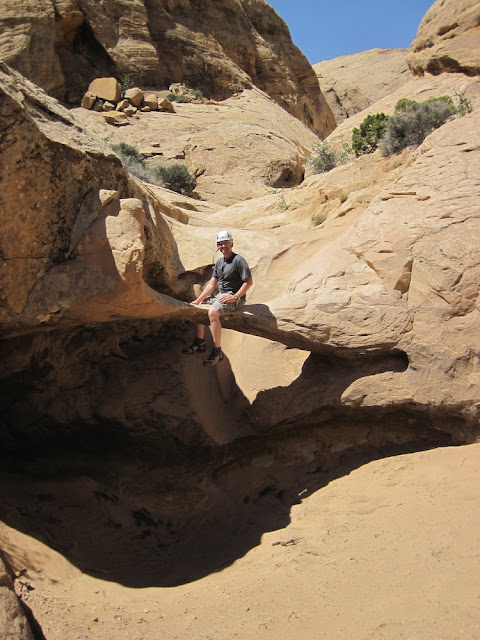 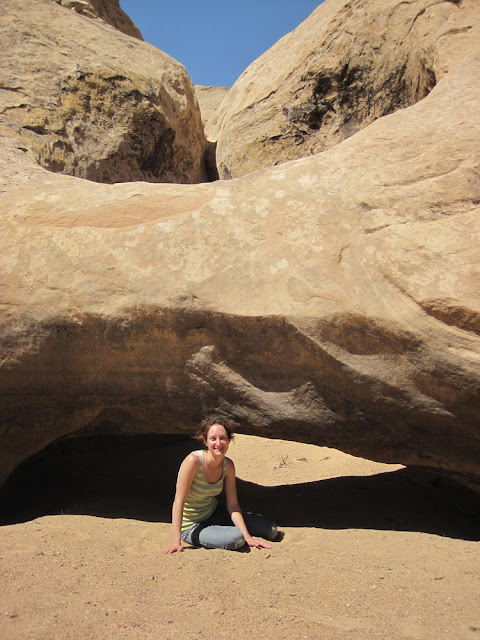 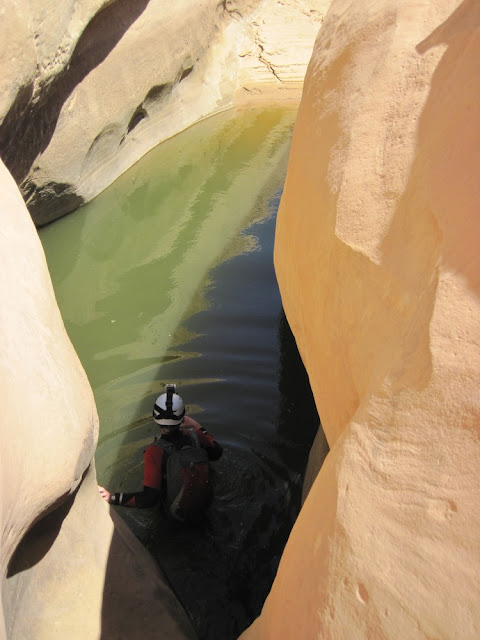 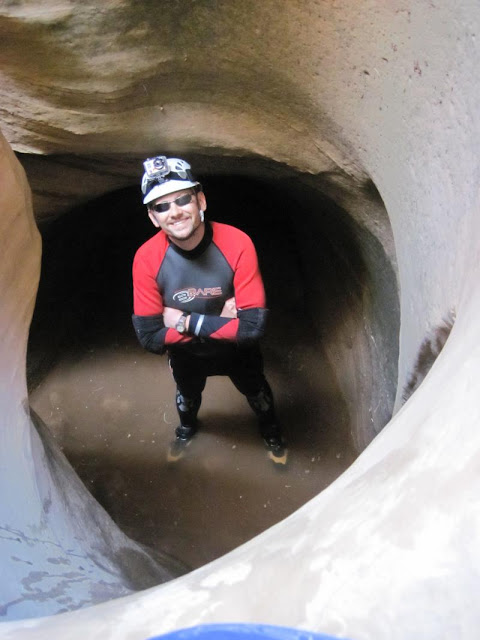 The section with the bomb bay was much tougher than it appeared from above. I chose to go high and rig a rappel. Standing on top of the chokestone above the bomb bay, the descent looks really simple. It proved to be an optical illusion. I dropped down on the far side of the chokestone, maybe two or three feet away. As I slid down, the walls pinned my chest until I was suck. I didn't have the foresight to rig an extended rappel device, so one horns of my Piranha was pinned between my chest and the wall, stabbing me in the Solar Plexus (Ouch, *&^%, ouch). My feet and calves were hanging free in the bomb bay; I was making the Zero G signature move. The stabbing pain in my chest motivated me to slide sideways about 2 feet where the canyon widened about a half-inch. I was then free to drop into the bomb bay. 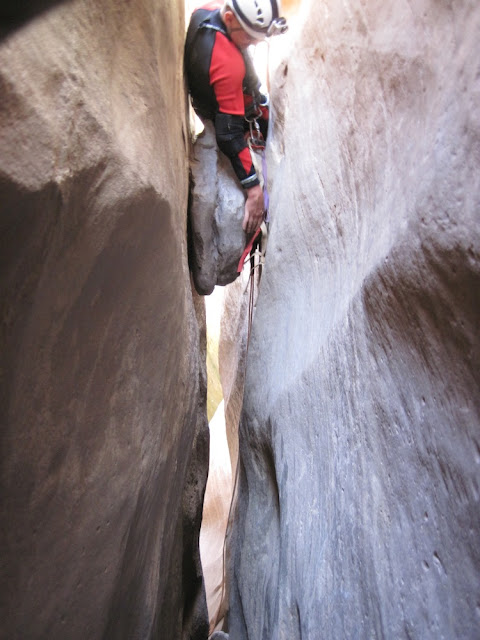 Stephanie is much skinnier than I am. She went under the chokestone then used the rappel rope as a hand line. When the lower half of her body was in the bomb bay she lost control, smacked her head and slid down the handline burning four of her fingers. She only fell about 2 feet, but her hand is burnt pretty badly. Good thing she was wearing a helmet. Again, that section looked really easy to her, but proved to be worthy of the R rating.