Birch Hollow is about as scenic as any canyon I've been in. The following photos do no justice. Tony and I took a lap through this fantastic little canyon on September 26th, 2012.

It appeared that everyone on the planet had visited Birch before us, which was kind of nice in a way. The approach was straight-forward and the bolts throughout the canyon were placed perfectly. I'm not saying that all canyons should be bolted into submission, but after getting beat down in Spry the day before, the minimal effort that Birch required put a smile back on our faces.

However, the exit we chose soon wiped the smiles away. I will name this exit "Not Wild Wind". It is located here: 37 19' 16" N , 112° 52' 22" W. It is the first possible exit upcanyon from Birch. I lost my GPS in Spry the day before, so we were not positive that we were taking the correct exit. Even though it worked, it wasn't worth the punishment. Let's just say I now flinch and whimper whenever I see a rose bush. 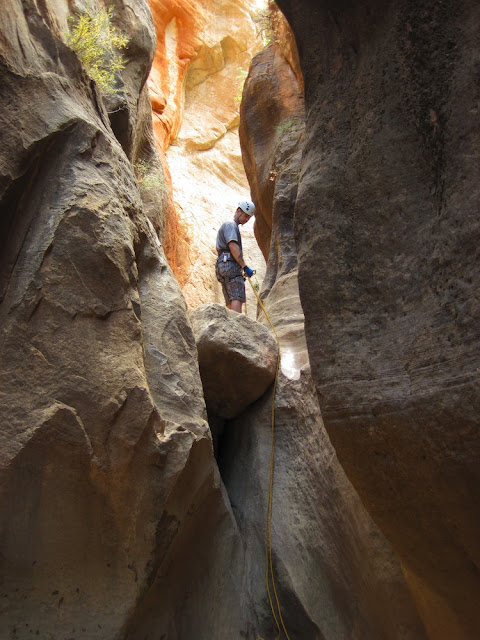 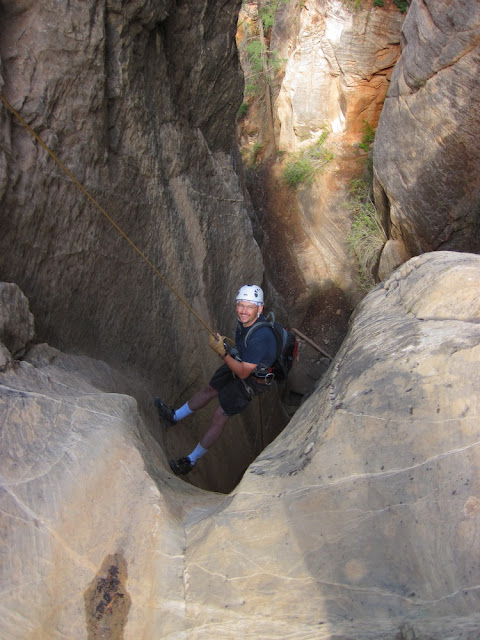 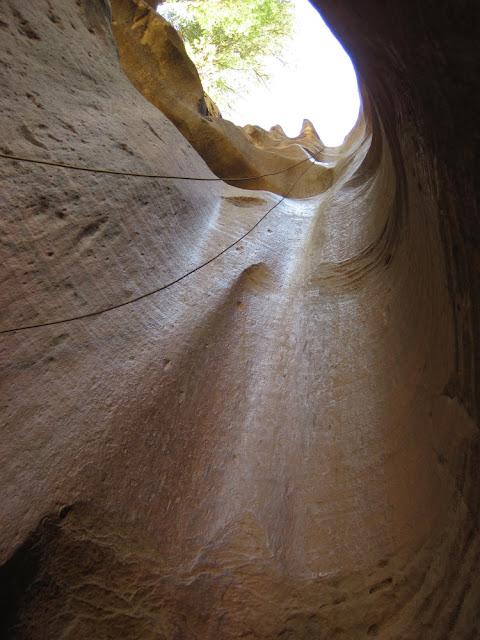 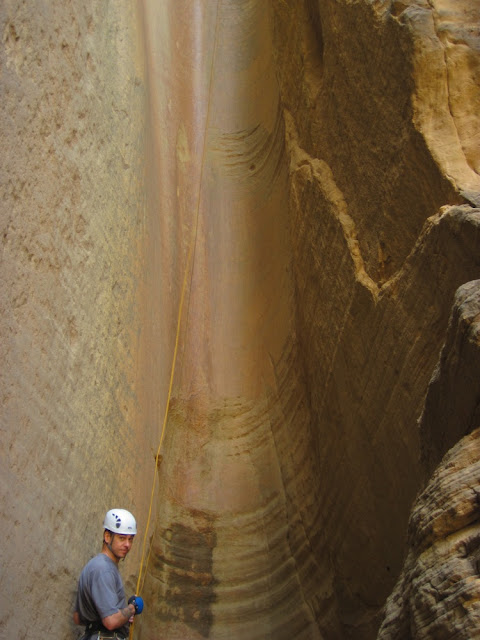 The iconic chokestone at the top of the penultimate rappel. 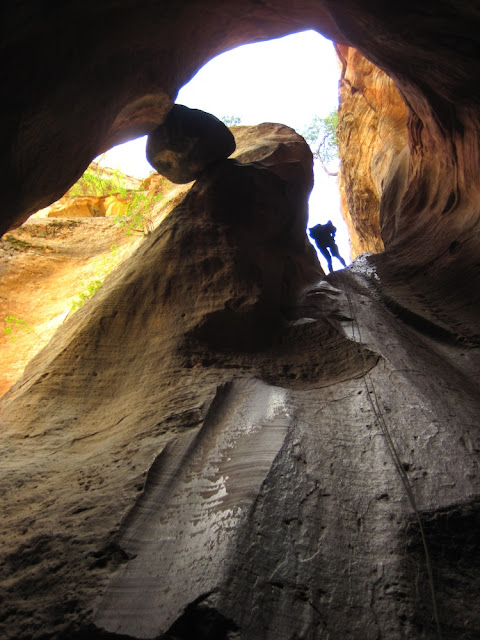 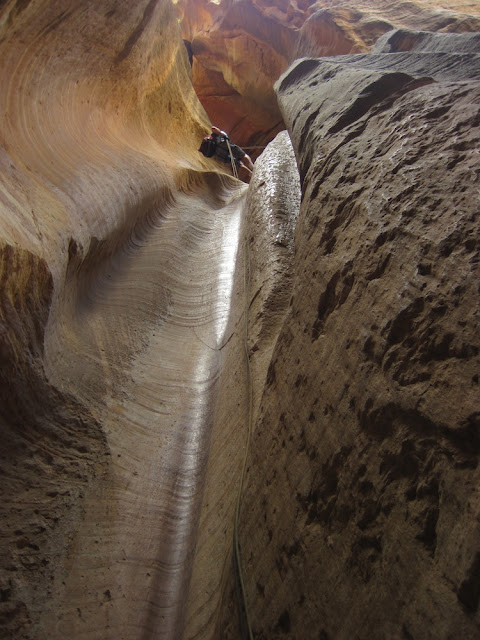 Hardcore bushwhacking in the newly named Not Wild Wind Hollow. 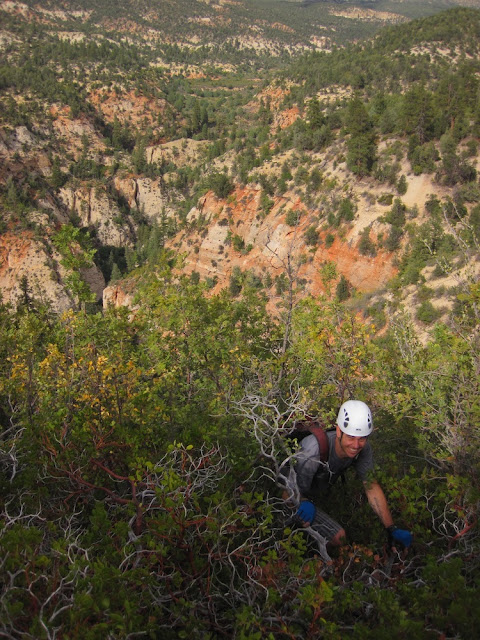