On October 7th, 2019, Tony, Cara, Byron, Cole, Grant, and I were in the mood to do something easy.  I've long been interested in doing Davis Gulch, but hated the idea of turning it into an 8 mile loop.  The beta was somewhat vague about the canyon being reversible.  The drops looked short, so we brought a couple of ropes with the plan of fixing them at unclimbable drops if needed.

It had been six weeks since it had rained in the area, so we gambled and did not bring wetsuits.  That decision paid off when we discovered that the canyon was completely dry.  No rappels were required and all drops were upclimbable using partner assists.

A rope did come in handy when upclimbing one particularly narrow drop.  Byron went high and pulled up everyone's packs which made that obstacle quick and easy.
This was Grant's first canyoneering adventure.  He was a natural, just like his brothers.

Overall, it was a great day with friends new and old. 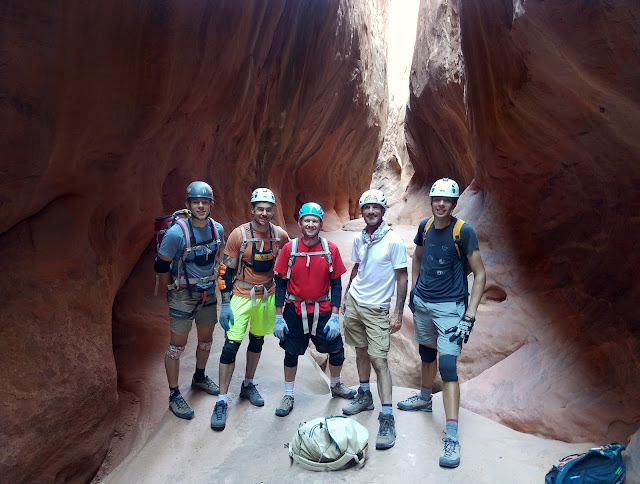 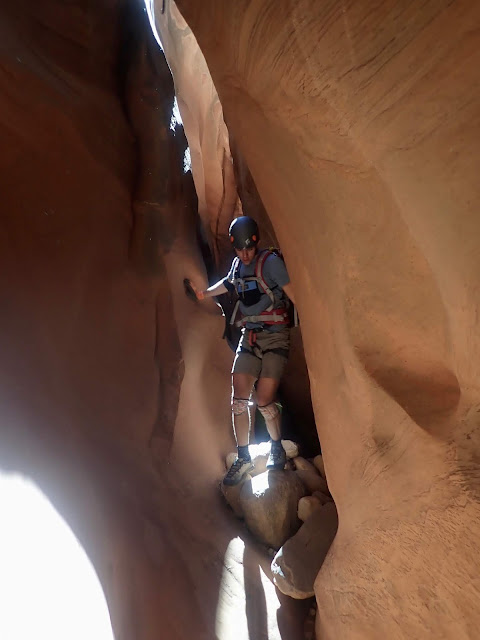 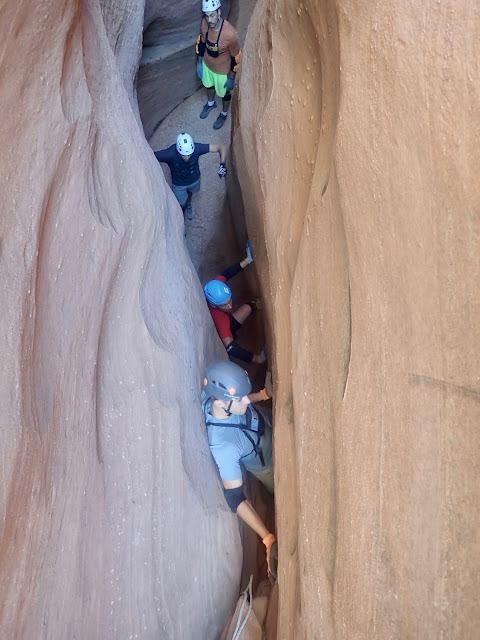 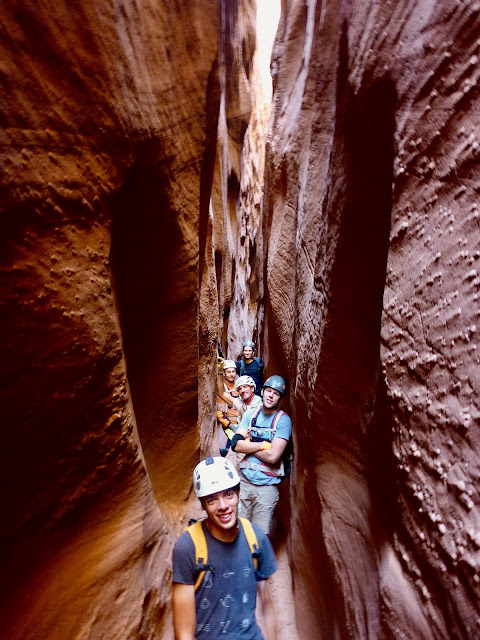 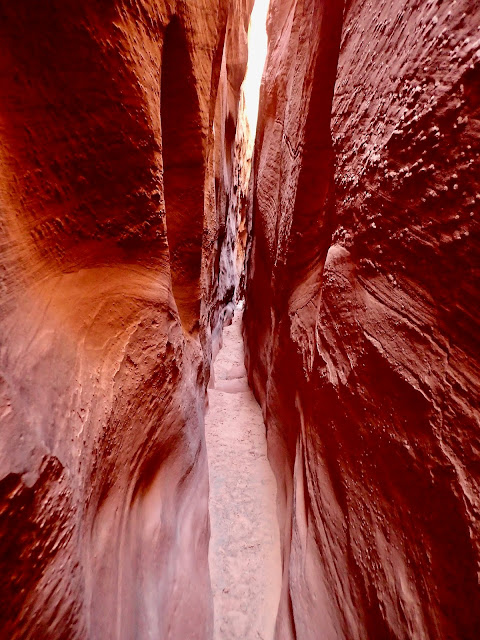 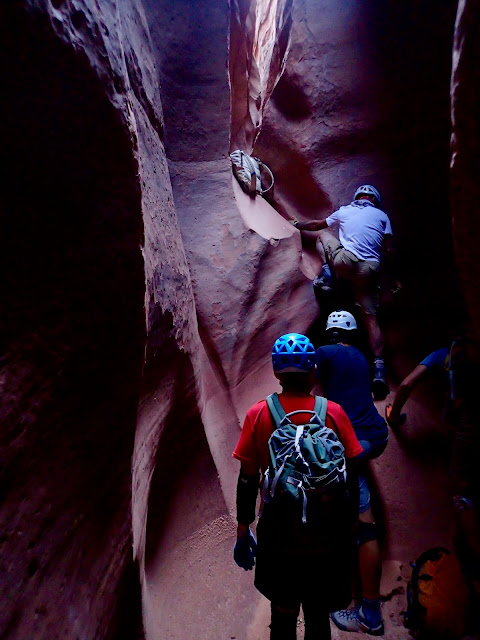 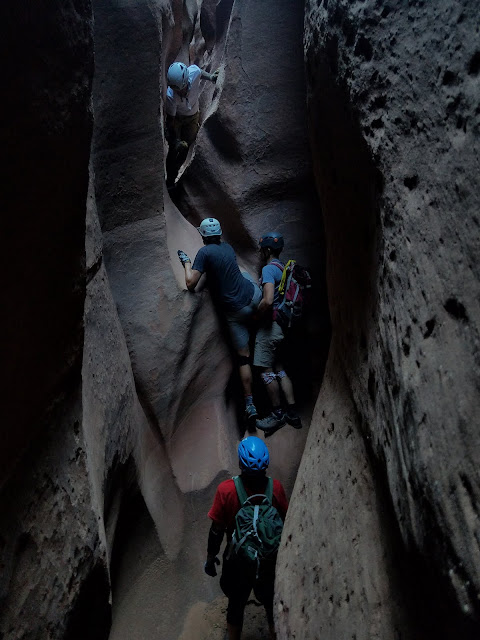 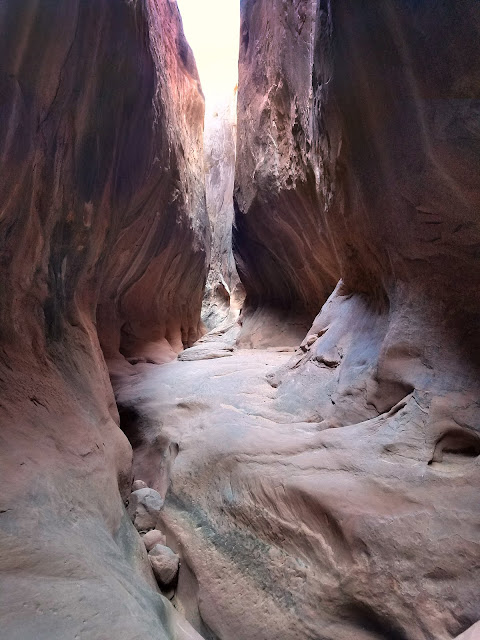 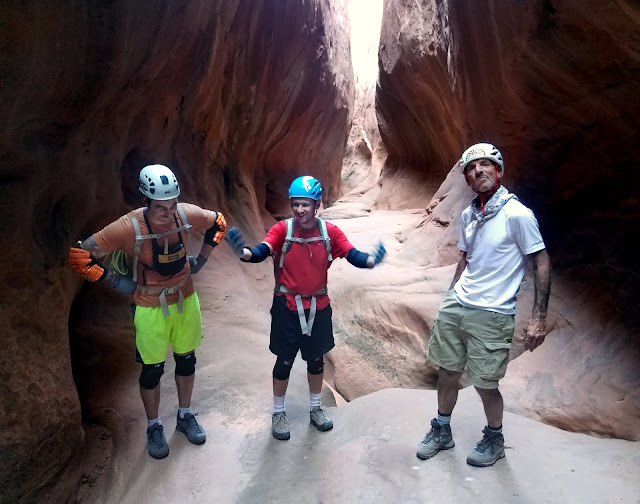 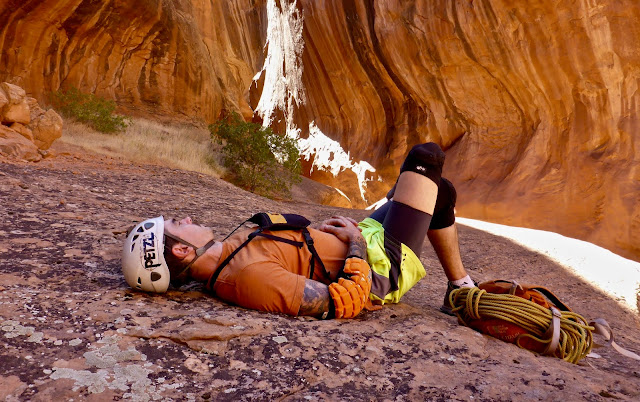