On the chilly morning of April 5th, 2017, we did Lower Leopard.  When we woke up it was 35 degrees.  Nobody was eager to put the wet wetsuits back on.  After some hot breakfast and coffee, everyone got moving.

While doing the approach for other canyons, we had walked past the entrance of Lower Leopard several times.  We could tell just from a glimpse that it was going to be very scenic.  We were not disappointed, it was a photographers dream.

Leopard was easily the coldest canyon of the trip.  Swimmer after swimmer after swimmer.  The big potholes were easy to cross over the top.  Some of the pothole exits were around corners, so when we initally entered those potholes we didn't know whether to swim right or left in order to get out.

The final rappel had a bolt, which was a bit surprising.  After looking closely at the geometry of the drop, placing a water trap (or any other anchor) at the top of that drop was next to impossible, which is probably why the bolt is there in the first place.

Lower Leopard ended up being a hoot!  The exit hike was stunning as well.  As far a scenery goes, it is difficult to get a bigger bang for your buck.  I hope we get a chance to repeat this canyon in lower water conditions someday. 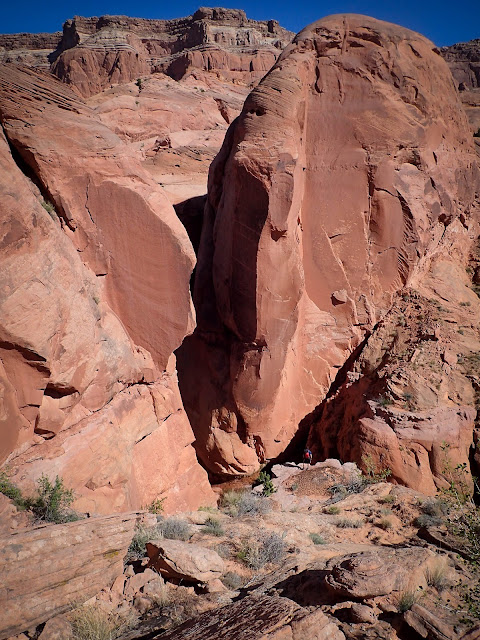 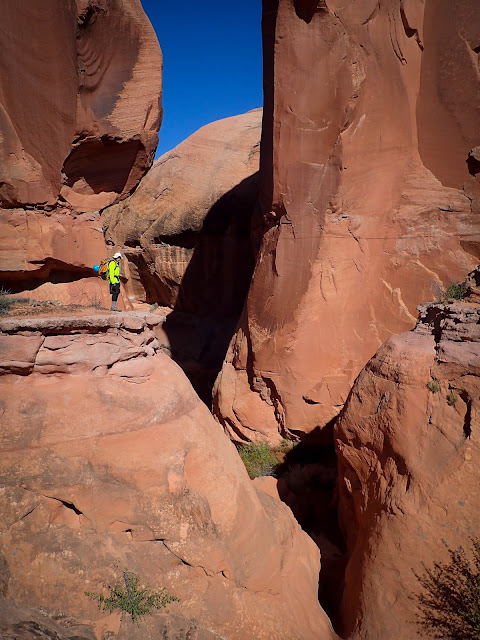 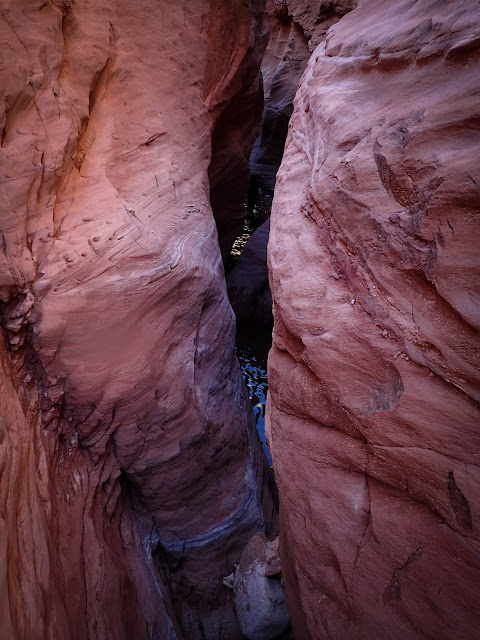 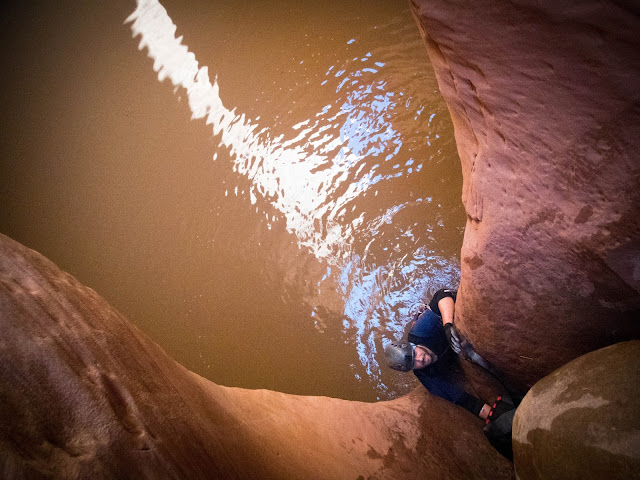 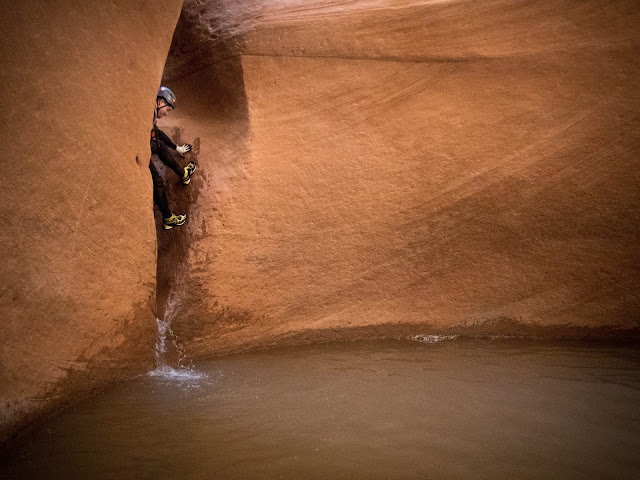 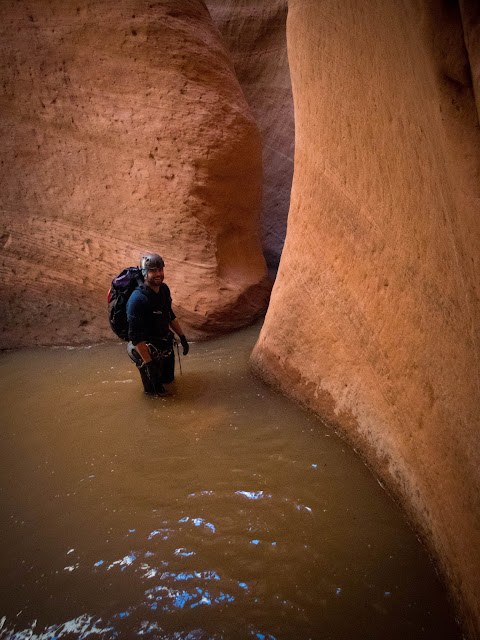 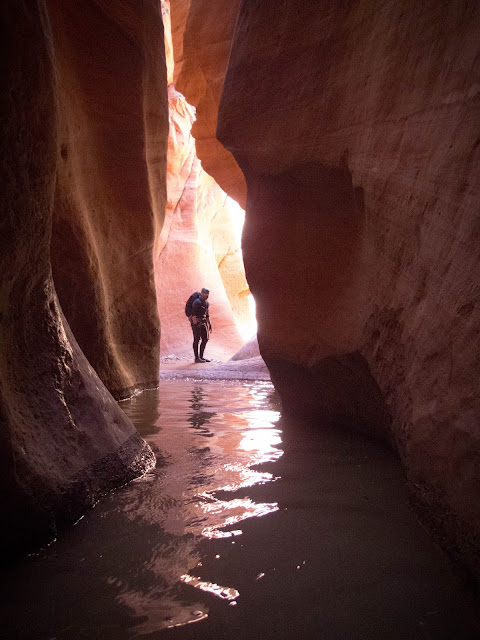 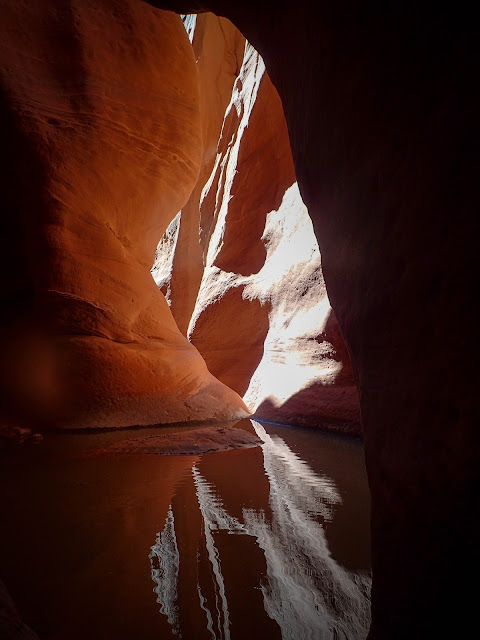 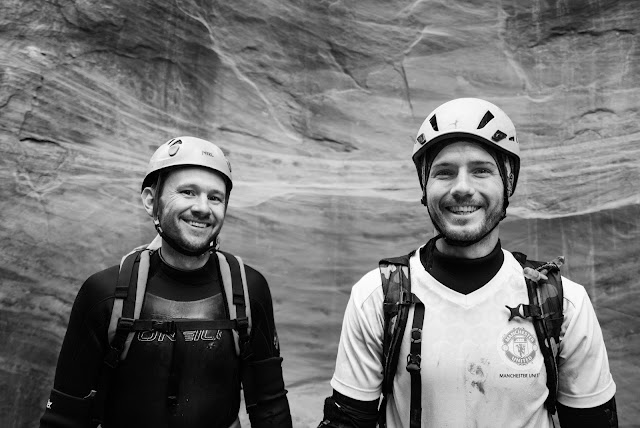 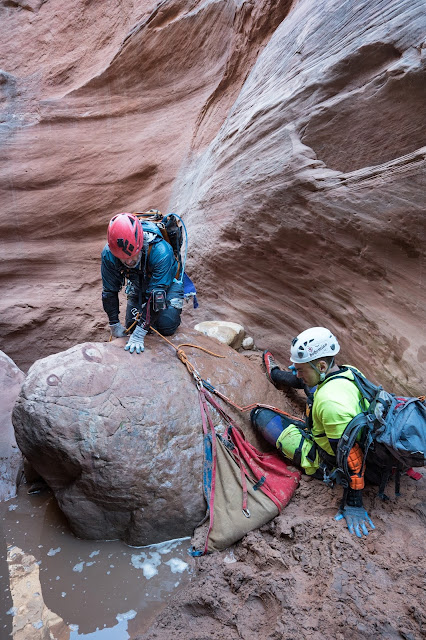 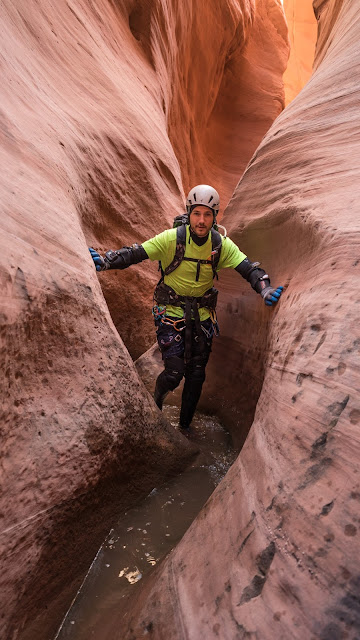 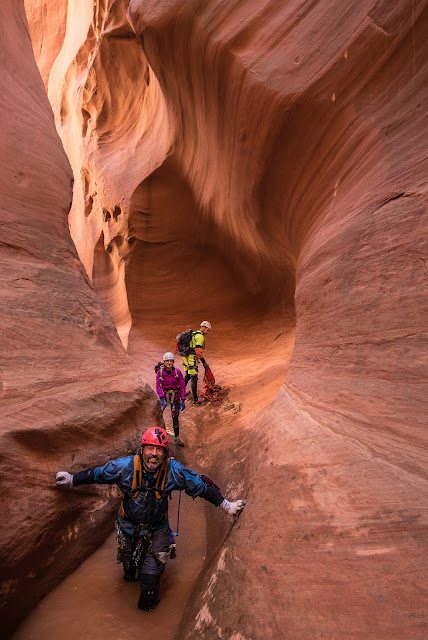 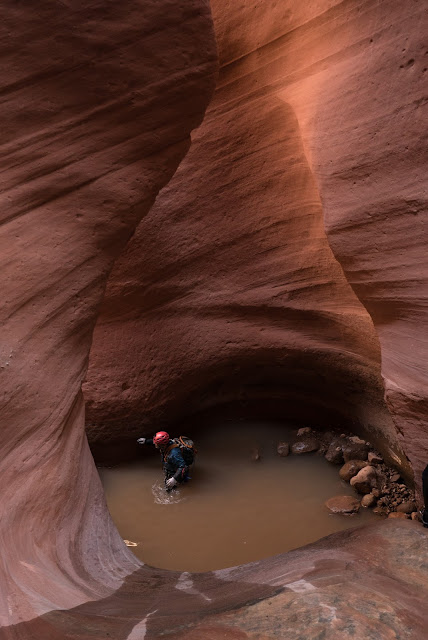 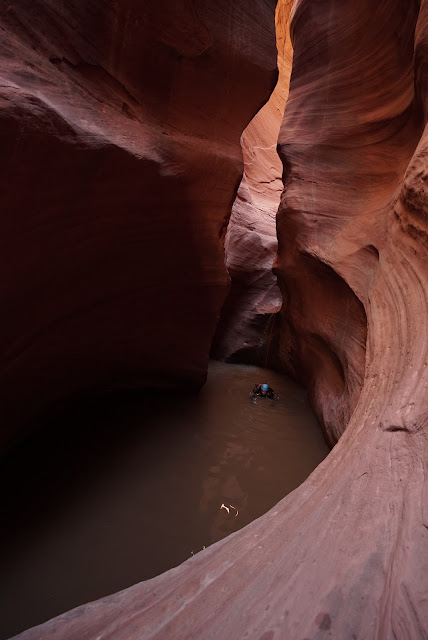 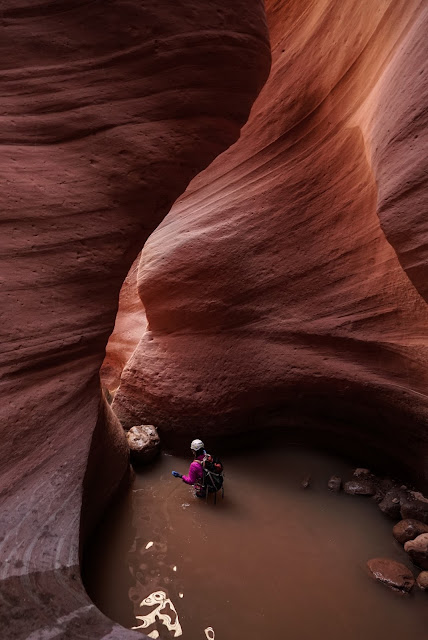 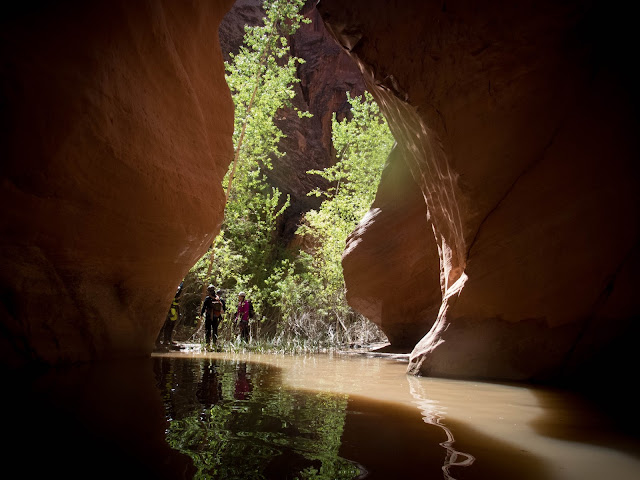