On on the chilly morning of April 2nd, 2017, we set out to complete Tiger, a canyon that we had to cut short due to a thunderstorm back in 2016. 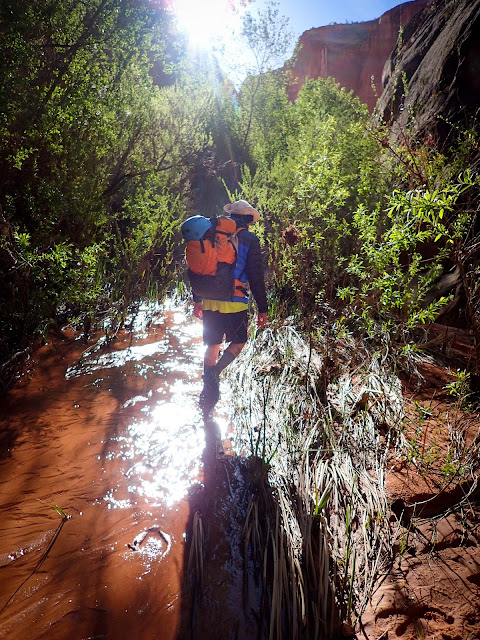 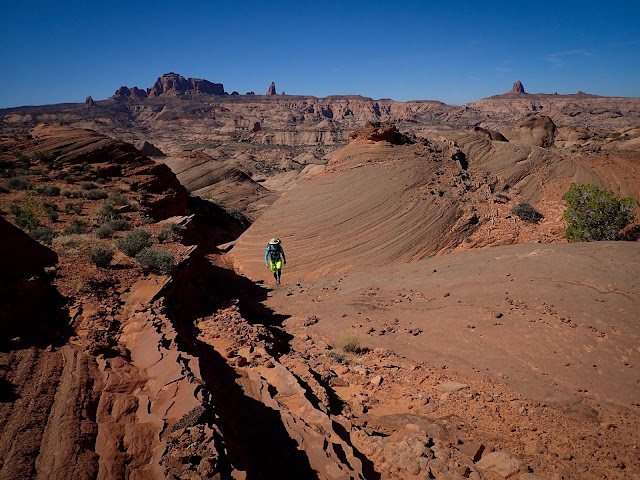 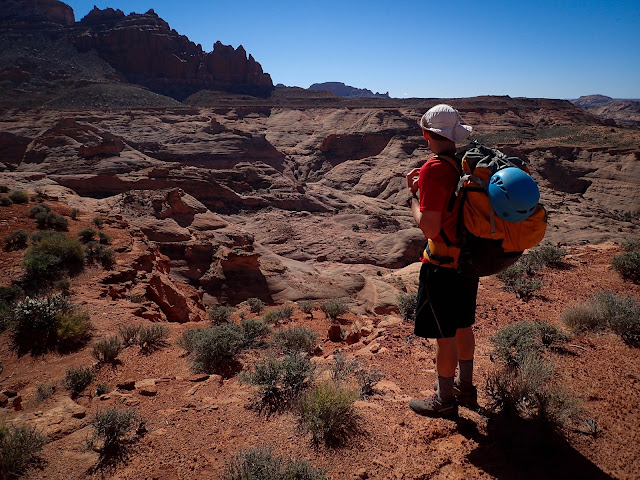 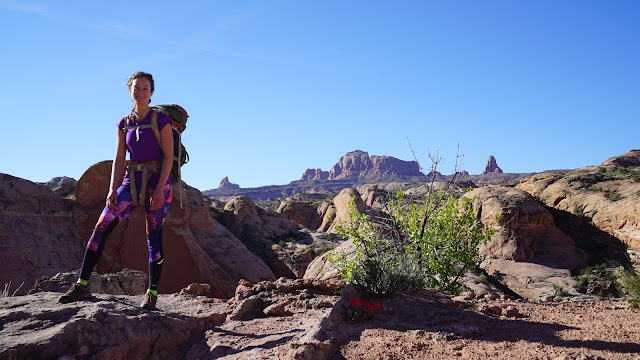 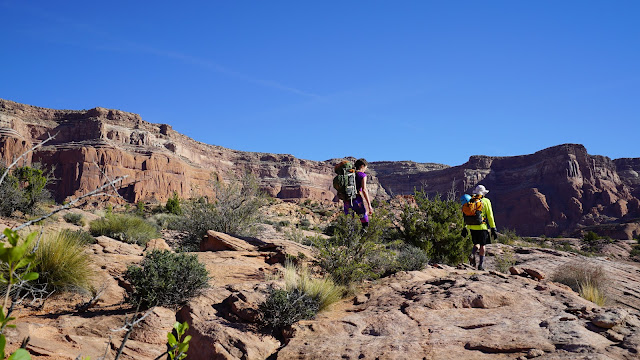 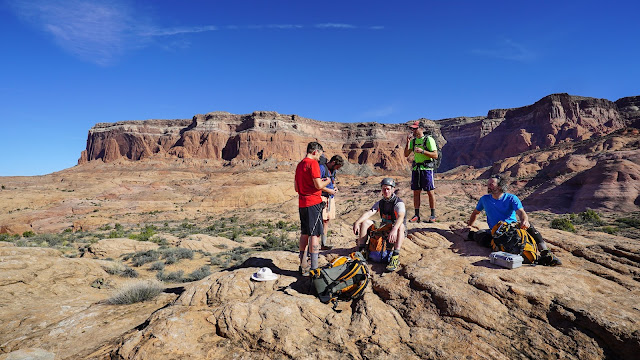 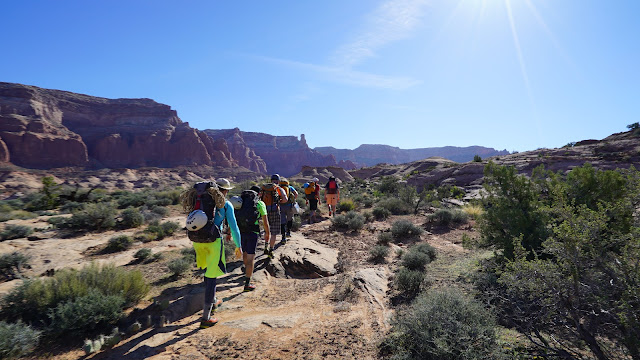 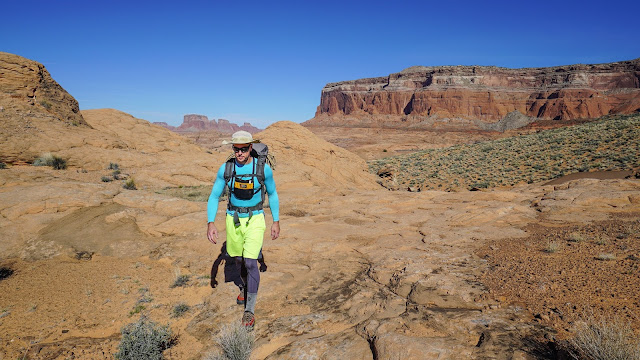 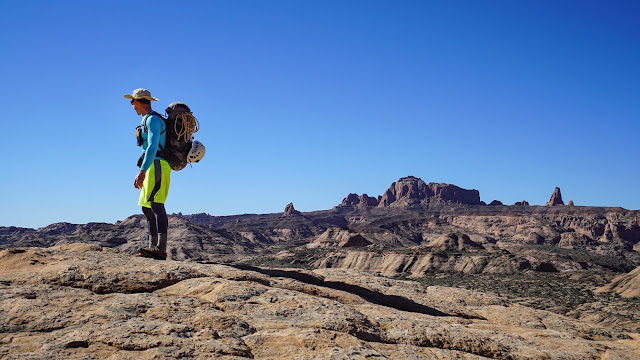 We hiked to the top. The view was phenomenal. The entry sequence looked very tall. Would we have enough rope? We should... right? There was only one way to find out.

We ventured in and found a long series of wide downclimbs.  By the end of 20+ of them we were ready for a change of scenery. 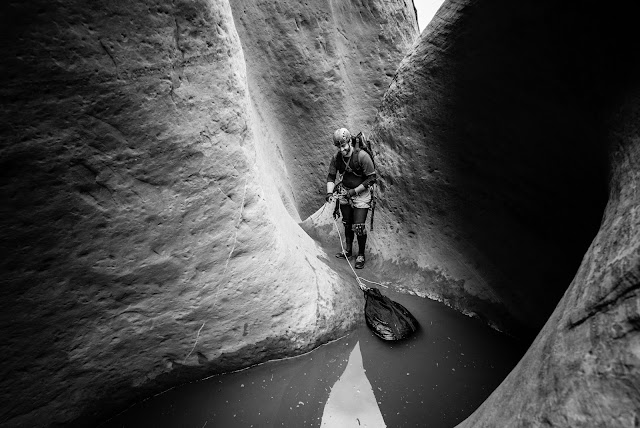 We passed a wide open section of canyon, did a rap from the water anchor, then arrived at a riparian section.  We knew that we were close to the main event. 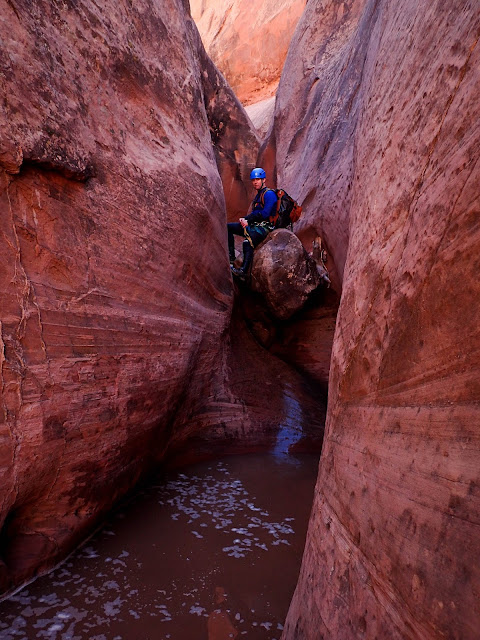 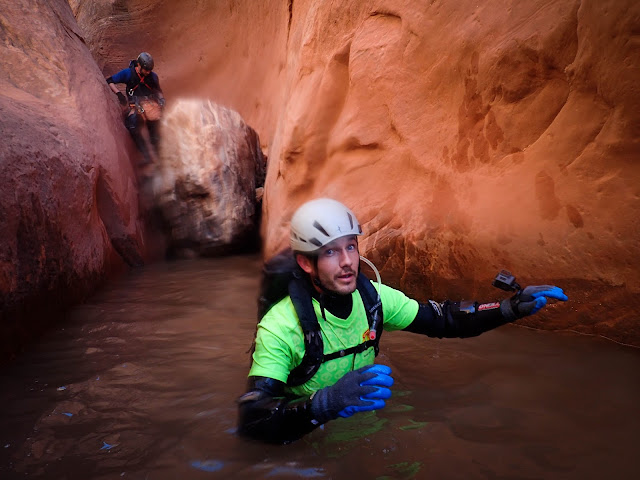 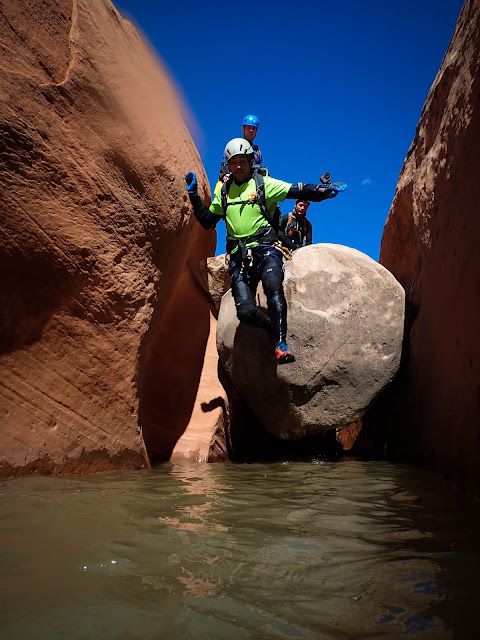 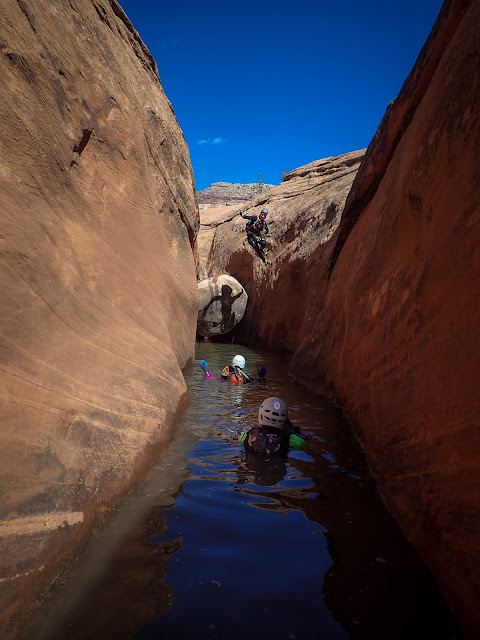 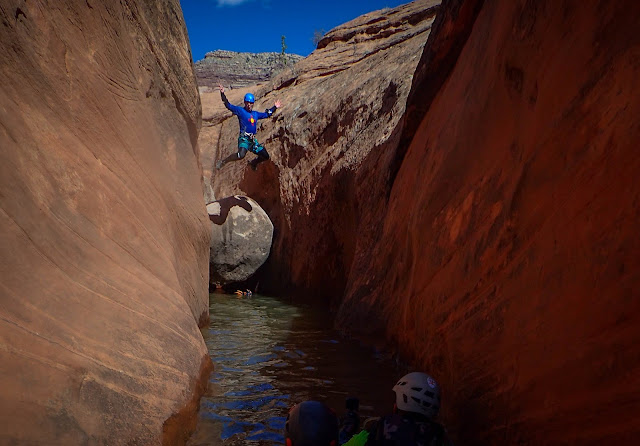 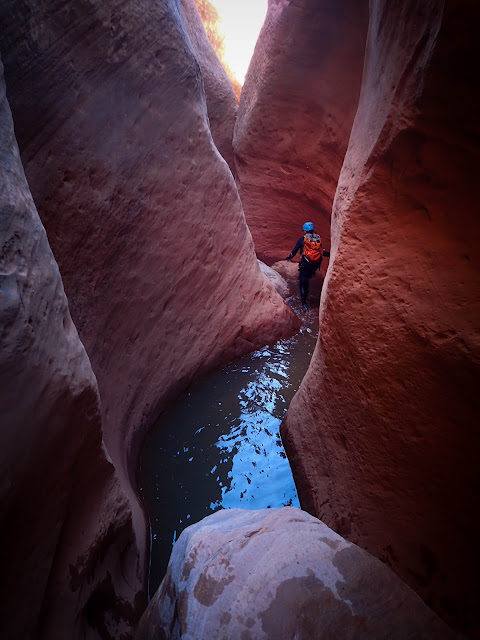 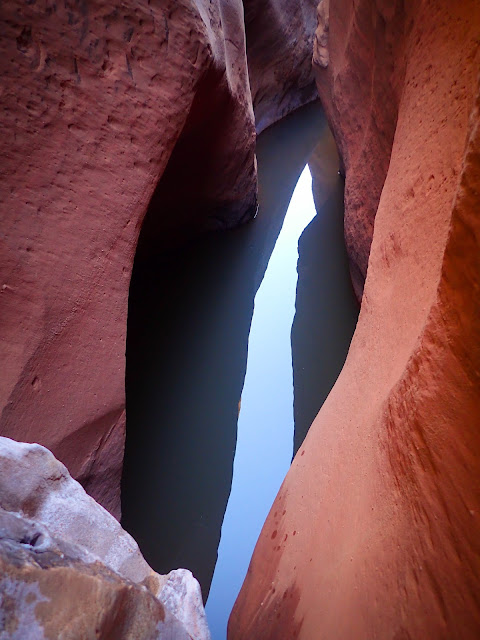 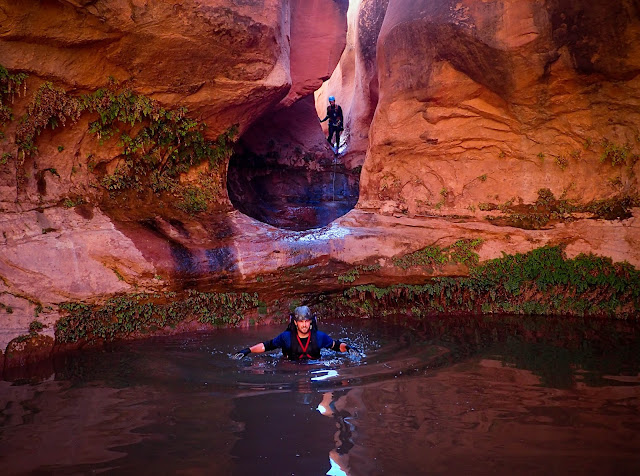 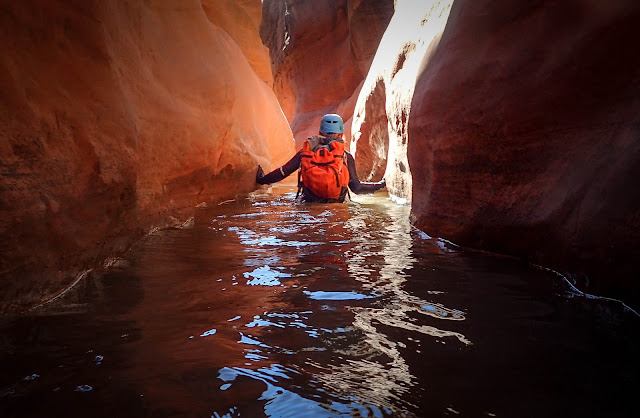 The large keeper pothole before the triple bridge room was completely full.  The year previous it was 10 feet deep and required a pretty good boost to escape from.  We swam across.

The triple bridge room was also full.  There was a two inch gap of light peeking from between the water and the bottom of the lowest bridge.  Each of us were forced to push our packs under the bridge, then swim under after it.  Swimming under that bridge in freezing water was a surreal experience.

Tom jumped like a boss.  We took a few photos, then we moved forward. 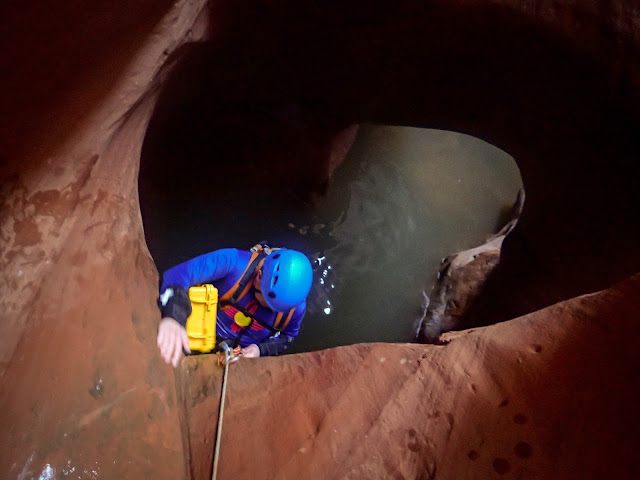 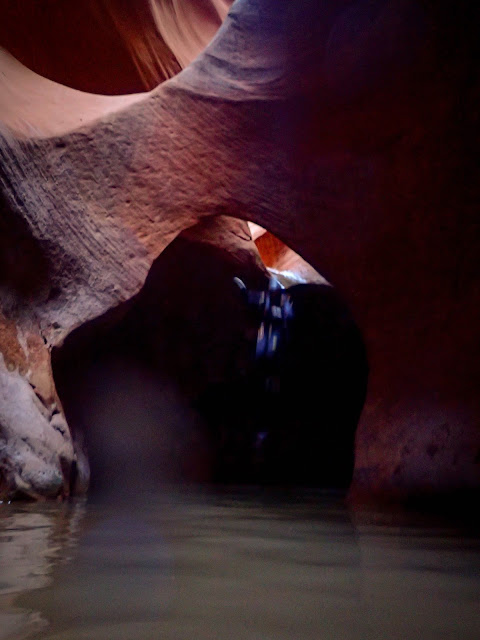 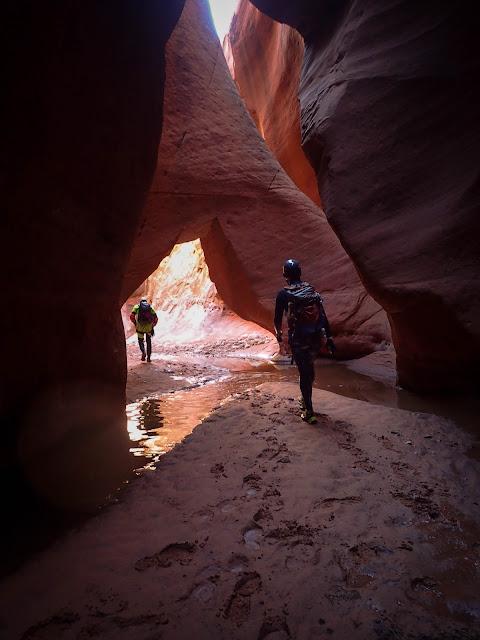 The huge menacing pothole was also full.  It seemed TINY compared to the year previous, when it was empty.  It seemed like anyone could throw a potshot across it.  How did we have such a hard time last year?  We all laughed at how strange it seemed.

I began to realize that I did not bring enough neoprene.  The air was about 55 degrees and the water was about 45 degrees.  I was freezing in my 4/3.  We still had a ways to go.

We arrived at the Lion/Tiger junction, which is a 40 foot rappel.  The water anchor was our only option, and the placement was not very good because there was too much water in the pothole.


As per usual, folks rap off of meat while the anchors are set.  I went first on this rap, hoping to set the rap in Lion to speed up the pace.  I rapped down and stood in the marvelous red swirly slot of Lion.  The rest of the group decided to displace some water in the pothole high above.  They all jumped in and started sloshing around.  Soon a waterfall was flowing into Lion and laughter reverberated.  It was a joy to watch.  They displaced enough water for the anchor, then got it set.  I soon had company in Lion.

The air in Lion was shockingly cold, much colder than the air in Tiger.  I had to keep moving to avoid hypothermia.  I set the only rap in Lion, then went down.  The canyon was completely full.  I remember the water not feeling nearly as cold as the air.  As I swam down the hallways I would exhale and watch my breath travel ahead of me, floating over the water like a ghost.  I was stunned at how far it would go before it dissipated, I looked like I was smoking an e-cigarette.

I swam across the bolt & chain pothole, then did the downclimb with the crappy webbing off of the scary bolt.  I waded down the incredible hallway before the cathedral.  I was freezing, but I didn't care.

The cathedral is a magical place.  This was my third visit, each one a different experience with its own story.  I sat at the end, shaking uncontrollably.  It had been some time since I could feel my hands or feet.

Nonetheless, I wanted to stay there forever. 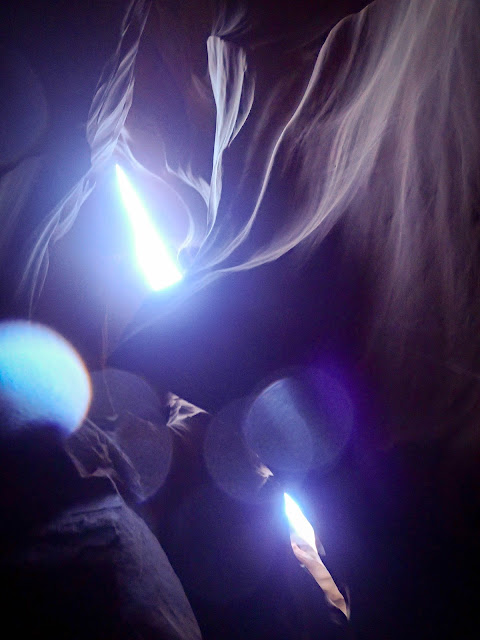 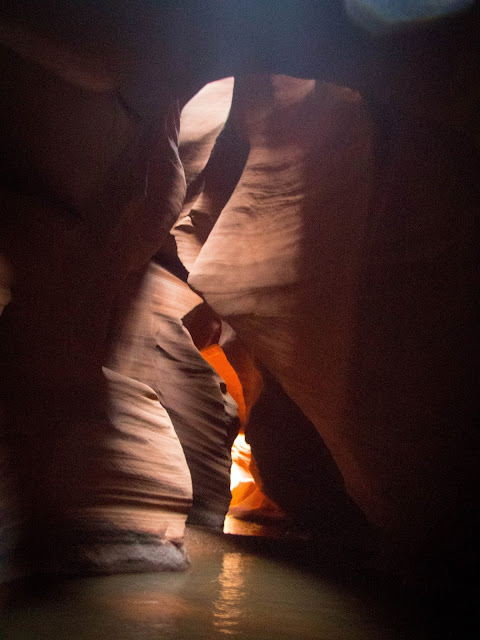